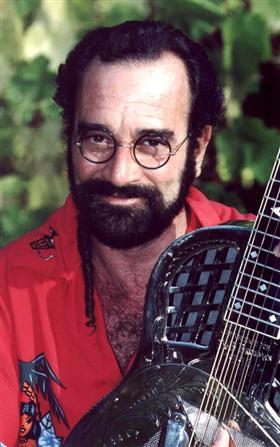 Bob Brozman, a multi-instrumentalist and ethnomusicologist best known for incorporating various strains of world music into the blues, died in Ben Lomond, Calif., yesterday (April 25). The cause of death was not divulged. Brozman, who was 59, was considered a virtuoso on the National steel resonator guitar.

Born in New York in 1954, Brozman studied music and ethnomusicology with a particular interest in the blues of the early 20th century. A master of slide, fingerstyle and percussive guitar, Brozman’s familiarity with diverse world music cultures produced a blend of rhythmic and timbral influences that resonated with elements of blues, jazz, Gypsy swing, calypso, sega and even hip-hop and ska beats. On his albums, Brozman explored not only blues but the music of Hawaii, Papua New Guinea, Scandinavia, Greece, Brazil, India, Okinawa, the Caribbean and other lands.

His initial recognition came as a street and club musician in Santa Cruz. With a strong interest in native Hawaiian music, he released Blue Hula Stomp, his first solo album in 1981, with about 30 more following. He also explored his fascination with blues and world music in is live shows.