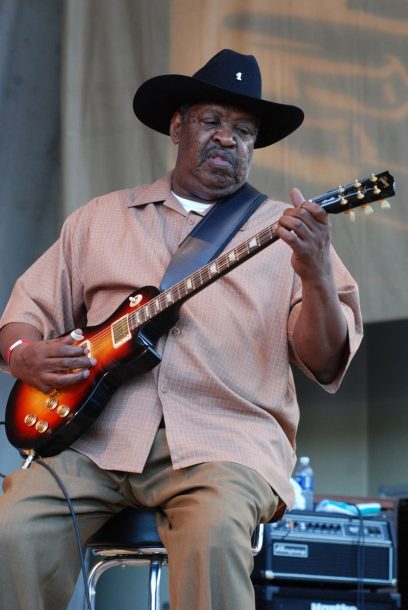 Magic Slim, a Mississippi-born blues guitarist whose career stretched back to the 1950s, died today (Feb. 21) in Philadelphia. The cause of death was not announced.

Born Morris Holt, Magic Slim moved to Chicago in his youth but did not catch on at first. He returned home to Mississippi before deciding to give Chicago another try in 1965. By the early ’70s his group, known as Magic Slim and the Teardrops (which included his younger brother Nick on bass), took off. After a series of singles beginning in 1966, Magic Slim recorded numerous albums for such labels as Alligator, Rooster Blues and Blind Pig, for which he recorded for 22 years. Magic Slim and the Teardrops were perennial blues award winners, including six W.C. Handy Awards as Blues Band Of The Year.