The highly-acclaimed documentary Blue Note Records: Beyond the Notes directed by Sophie Huber is coming to select theaters in the United States this summer.

The feature film premiered at the Tribeca Film Festival in 2018 and has since been shown at more than 50 international film festivals. It will screen in New York at the Metrograph and in Santa Monica at the Laemmle Monica Film Center on June 14 and June 28, respectively.

The film will then roll out to cinemas across the nation this summer followed by television broadcasts and a DVD release later in the year.

Founded in New York in 1939 by German Jewish refugees Alfred Lion and Francis Wolff,  Blue Note Records goes beyond the landmark recordings, encompassing the pursuit of musical freedom, the conflict between art and commerce and the idea of music as a transformative force. Through rare archival footage, current day recording sessions, and conversations with jazz icons and future legends, Blue Note Records: Beyond The Notes reveals a powerful mission and illuminates the vital connections between jazz and hip hop.

“It is important that this film comes out now, as it touches on topics that continue to be vital in this political climate,” said Director Sophie Huber. “The film celebrates the vision and quest of these powerful artists from the past, the present and indeed the future. It is an honor to be a part of the project and to now release this film in America, the origin of this music.”

Read the full review of Blue Note Records: Beyond the Notes here.

On December 9—which would have been the late trumpeter Donald Byrd’s 90th birthday—Blue Note Records will release Live: Cookin’ with Blue Note at Montreux, a … END_OF_DOCUMENT_TOKEN_TO_BE_REPLACED 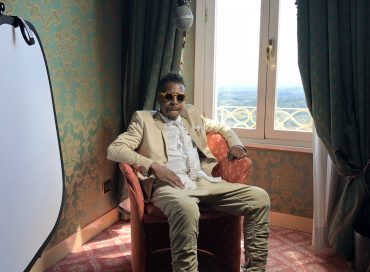 Blue Note Records and Universal Music Group Africa have announced the creation of Blue Note Africa, a new label that will focus on African jazz … END_OF_DOCUMENT_TOKEN_TO_BE_REPLACED

Want to merge fashion with your love of jazz? Blue Note Records has expanded its partnership with Japanese retailer UNIQLO to create a new set … END_OF_DOCUMENT_TOKEN_TO_BE_REPLACED