Blue Note Records and Universal Music Group Africa have announced the creation of Blue Note Africa, a new label that will focus on African jazz artists. The first release from the new imprint is Nduduzo Makhathini’s album In the Spirit of Ntu, which comes out May 27, with the single “Senze’Nina” being released later this week on April 8.

“Blue Note has stood the test of time by continuing to adapt but keeping its focus on discovering and introducing jazz talent to the world,” said Sipho Dlamini, CEO of Universal Music Africa, in a press release received at JazzTimes. “The opportunity to create Blue Note Africa and provide a channel for African jazz talent to have a home in the U.S., with a dedicated and passionate team led by a legend in his own right—Don Was—is very exciting. We can now walk the African jazz journey, from Cape to Cairo to California.”

“African music has been a major creative tributary for nearly every album in Blue Note’s extensive catalog,” Blue Note President Don Was said in the same press release. “So it’s a great honor for us to partner with Sipho and his talented Universal Music Africa team in this new endeavor. Together, we will shine a global light on the incredible music emanating from Africa today.”

On December 9—which would have been the late trumpeter Donald Byrd’s 90th birthday—Blue Note Records will release Live: Cookin’ with Blue Note at Montreux, a … END_OF_DOCUMENT_TOKEN_TO_BE_REPLACED

Want to merge fashion with your love of jazz? Blue Note Records has expanded its partnership with Japanese retailer UNIQLO to create a new set … END_OF_DOCUMENT_TOKEN_TO_BE_REPLACED 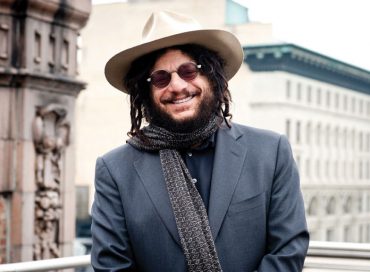 On Saturday, April 30, the California Jazz Foundation will host its annual “Give the Band a Hand” Gala at the Omni Los Angeles Hotel. The … END_OF_DOCUMENT_TOKEN_TO_BE_REPLACED