On Oct. 19, Bill Frisell, along with Michael Gibbs, was awarded an honorary doctor of music degree by Berklee College of Music during a concert celebrating Gibbs’ 80th birthday. The concert reunited Gibbs with Frisell, his student at Berklee in the 1970s, and with his longtime friend and former Berklee classmate Gary Burton.

In addition, Frisell is the subject of a new documentary by filmmaker Emma Franz entitled Bill Frisell, A Portrait.  The film will have its NYC premiere on Nov. 15 at NYC DOC, with the filmmaker and guitarist appearing for a live Q&A.

Franz produced, filmed and edited the documentary herself. She filmed the guitarist over a five-year period in the U.S., U.K. and Europe, and her footage includes performances at various venues as well as interviews with Frisell and numerous associates and colleagues, including Paul Simon, Bonnie Raitt, Nels Cline, Jack DeJohnette, Ron Carter, John Zorn and the late Jim Hall. Franz was able to capture the last performance of the Paul Motian Trio with Frisell and Joe Lovano at the Village Vanguard.  The documentary also features music from London, where Gibbs had arranged a program of Frisell’s music for a performance with the BBC Symphony Orchestra.

“In his music there is individuality and universality, technique and simplicity, diversity, intensity and depth, and the sense of adventure of a child,” Franz said in a press release received by JazzTimes. “Bill Frisell has already left a unique stamp on music, been artistically successful and critically acclaimed, yet remains an eternal student: humble, open-minded and constantly self-challenging. As such, he is a wonderful subject through which to explore some of the main themes that interest me as a director.”

This is not Franz’s first film about creative music. Her documentary Intangible Asset Number 82 centered on the search of the Australian drummer Simon Barker for a musical shaman in Korea.

You can view the trailer for Bill Frisell, A Portrait here. 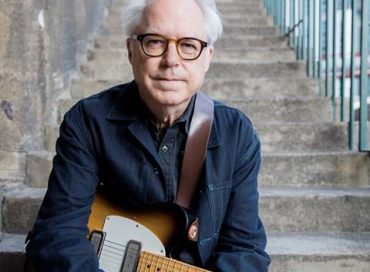 Tenor saxophonist Kamasi Washington’s short film, As Told to G/D Thyself, which is inspired by his most recent album, Heaven and Earth, released on the … END_OF_DOCUMENT_TOKEN_TO_BE_REPLACED

On Dec. 29, a Duke Ellington concert film not seen for more than 50 years will receive its first public viewing since its original broadcast … END_OF_DOCUMENT_TOKEN_TO_BE_REPLACED