Beryl Davis, a British vocalist who sang with Frank Sinatra and in the big bands of Benny Goodman and Glenn Miller, died Nov. 4 in Los Angeles due to complications of Alzheimer’s disease. She was 87.

The daughter of British bandleader Harry Davis, Beryl Davis started singing professionally during her childhood and by age 12 she had performed with the guitarist Django Reinhardt. In 1940, Davis was singing with a group that included violinist Stéphane Grappelli and pianist George Shearing when the German air force began its blitz of London. She won the hearts of the British people by refusing to seek shelter, singing live over the BBC even as bombs dropped.

She began singing with American bands as the toured the U.K. in the post-war era, and came to the United States in 1947 at the invitation of Bob Hope, who featured her on his radio program. She later worked not only with Goodman and Miller (whose Army Air Force Band she joined in 1944) but with Ted Heath and Davis Rose, as well as on radio shows hosted by comedians Milton Berle, Abbott and Costello and Red Skelton. She joined Sinatra on the radio program Your Hit Parade.

Davis never enjoyed a career as a recording artist under her own name, but in 1954 she had a hit record, “Do, Lord,” as part of the gospel group the Four Girls, which also included big band singer Connie Haines and actresses Jane Russell and Rhonda Fleming.

She continued to sing at nightclubs and in the ’70s became a performer on the cruise ship circuit. 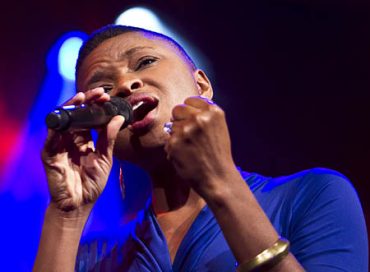 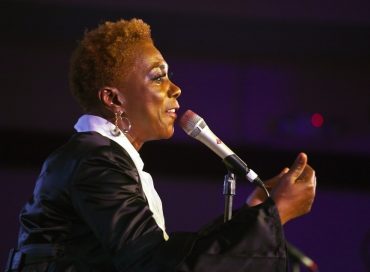