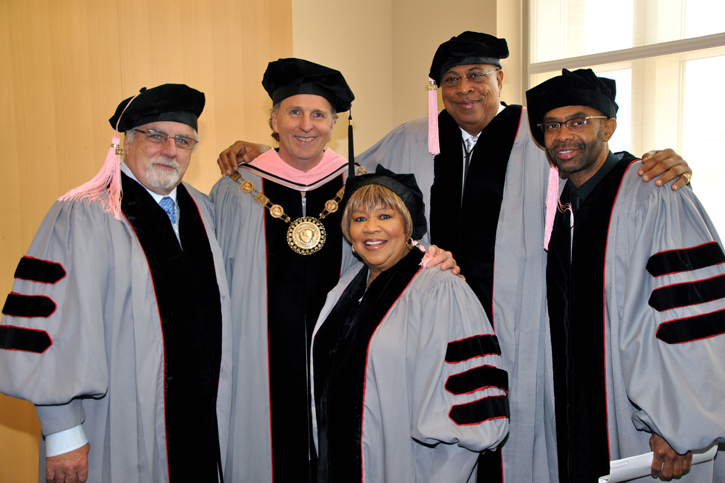 “I was totally elated when I was advised that I’d be receiving an Honorary Doctorate from the world’s largest college of contemporary music!” said saxophonist Garrett, in a press release received at JT. “This is a dream come true and I’m deeply appreciative and honored to be a member of this illustrious group of recipients.”

According to the same press release, “this year’s honorary doctorate recipients are being recognized for their achievements and influence in music, and for their enduring contributions to American and international culture.” Since 1971, when Duke Ellington was the first to receive the honor, Berklee has recognized many notable musicians and executives, including several jazz musicians such as Dizzy Gillespie, Nancy Wilson and Wayne Shorter.

The National Endowment for the Arts (NEA) has announced the recipients of its prestigious Jazz Masters fellowships for 2023. Regina Carter, Kenny Garrett, and Louis … END_OF_DOCUMENT_TOKEN_TO_BE_REPLACED

The Bayfront Jazz Festival will kick off its inaugural edition in Miami’s Bayfront Park on April 30 (International Jazz Day) and May 1. Appearing over … END_OF_DOCUMENT_TOKEN_TO_BE_REPLACED

Erica Muhl will be the next president of Berklee College of Music and Boston Conservatory at Berklee, according to a press release sent by Berklee … END_OF_DOCUMENT_TOKEN_TO_BE_REPLACED