Saxophonist Walter Smith III, a Berklee College of Music alumnus who most recently taught jazz studies at Indiana University, has been named chair of the Boston school’s woodwind department. He starts May 1.

Smith recently released his fifth album as a leader, and he is an accomplished educator, composer, and performer. His résumé includes touring and recording with the Roy Haynes Fountain of Youth Band, Terence Blanchard Quintet, Eric Harland’s Voyager, A Christian McBride Situation, the Sean Jones Quintet, and others.

Originally from Houston, Texas, Smith takes over from previous chair Bill Pierce. An acclaimed saxophonist himself, Pierce joined Berklee as a part-time faculty member in 1975. He has been a part of the woodwind department for more than 40 years.

“Bill Pierce has left a strong legacy of excellence and achievement which we will continue to build on, looking towards the future with an emphasis on creating more opportunities for the students in the constantly evolving musical landscape,” Smith said.

Smith earned his bachelor’s degree in music as a member of Berklee’s class of 2002.

“Returning to Berklee is very special to me since it’s the place where my whole career in music began,” he said. “Much of the faculty that I was mentored by and worked with during my time in school are still at Berklee in some capacity, making it feel like home.”

Smith has shared the stage with or appeared on recordings with Mulgrew Miller, Herbie Hancock, Dee Dee Bridgewater, and a host of others. His playing can be heard on over 100 recordings released worldwide.

Click here for a JazzTimes interview with Smith published after Twio was released in 2018.

Read the JazzTimes review of In Common, Smith’s recent collaboration with four other noteworthy musicians, by clicking here.

Erica Muhl will be the next president of Berklee College of Music and Boston Conservatory at Berklee, according to a press release sent by Berklee … END_OF_DOCUMENT_TOKEN_TO_BE_REPLACED 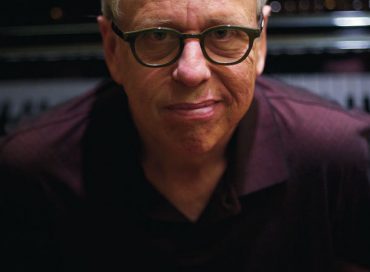 First trombonist to be awarded the Jimmy Lyons Scholarship