Composer, pianist and educator Arturo O’Farrill and his non-profit group the Afro Latin Jazz Alliance (ALJA) will travel to Cuba for a cultural diplomacy trip of repatriation for his father, the late Latin-jazz legend Chico O’Farrill, on Oct. 29.

The trip will commemorate Chico’s legacy and 95th birthday, marking his return to Cuba at the Basilica of San Francisco de Asís. With restored U.S.-Cuba relations, O’Farrill will fulfill his father’s dream of returning to his birthplace, nearly 70 years after he left Cuba.

“A son of Cuba returns home after decades,” Arturo O’Farrill said in a press release. “I felt the will of my father and his need to rest from whence he came. It became my duty to see this through. Our journey is not about politics, ideology, nationalism or patriotism, but instead shows how love is more powerful than time, distance or human pettiness. This moment was born in a dream but realized by people of goodwill: Presidents Barack Obama and Raúl Castro, and all those who’ve labored tirelessly to see that Cuba and the United States have a common destiny yet to be fulfilled but written in the stars and in the hearts of fathers, mothers, sons and daughters.”

O’Farrill has been labeled a “jazz ambassador,” having spent more than a decade fighting for the normalization of U.S.-Cuba relations. In 2016, his “The Afro Latin Jazz Suite,” off Cuba: The Conversation Continues (Motéma), received a Grammy Award.

The trip will also include a live performance by O’Farrill and members of the Afro Latin Jazz Orchestra with the Havana Chamber Orchestra conducted by Guido López-Gavilán (Oct. 29: Basilica de San Fracisco de Asis), an official visit with the dean of music at the Instituto Superior de Arte, Maria Rosa Hernández, and a performance at the Palacio O’Farrill (Oct. 31).

As the COVID-19 quarantine schedule grows longer, so too does the list of jazz artists in dire straits. Fortunately, the list of emergency initiatives to … END_OF_DOCUMENT_TOKEN_TO_BE_REPLACED

Arturo O’Farrill, a six-time Grammy-winning pianist, composer and music educator, has been appointed professor of global jazz studies and music at the UCLA Herb Alpert … END_OF_DOCUMENT_TOKEN_TO_BE_REPLACED 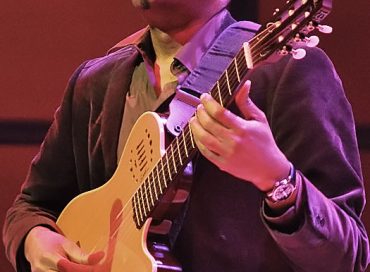 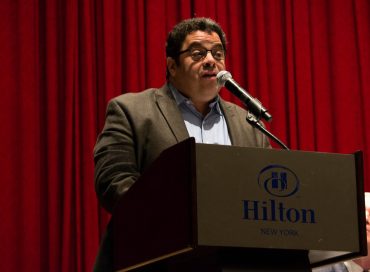 ‘Afro Latin Jazz Suite’ will premiere next May