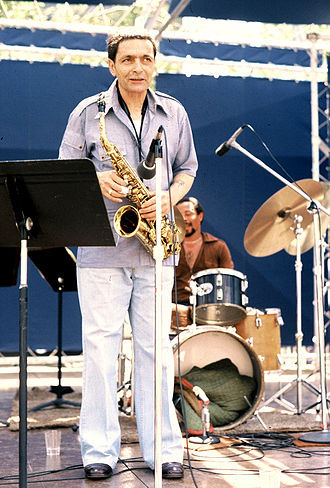 Laurie Pepper, the widow of saxophonist Art Pepper, has written a memoir, ART: Why I Stuck with a Junkie Jazzman (APMCorp), described as a companion piece she and the late saxophonist published in 1979, Straight Life. The new volume will be published May 16.

According to a press release, “Art Pepper told his sexy, sordid, and exciting true adventure stories to his lover, Laurie, who put them in a book. She quizzed him (and those who knew him) unrelentingly over seven years, editing and structuring a narrative to which she dedicated all her energy. Straight Life by Art and Laurie Pepper (Da Capo) was published in 1979. It was a critical success and remains a classic of its kind, the subject of college literary and music studies. Laurie went on to marry Art and manage his resurgent career, touring the world with his band. ‘Why I Stuck with a Junkie Jazzman’ was the headline some editor gave a newspaper interview Laurie did while the band was in Australia in 1981, and she’s now stolen ‘that perfect title’ for her memoir.”

ART will be published on Art and Laurie’s wedding anniversary and consists of 382 pages, with approximately 100 photos and a complete index. It will sell, in the U.S., for $20. An E-book version will be available on June 16, and a downloadable audiobook will be released on November 16 along with a CD release of some of the key Art Pepper performances Laurie describes in the memoir.