The ovation hasn’t stopped for Aretha Franklin, who was just posthumously awarded a Pulitzer Prize.

To be exact, the Queen of Soul received a Special Citation from the Pulitzer Prize board—which can now be added to 18 Grammy Awards, a Presidential Medal of Freedom, and the distinction of being the first woman inducted into the Rock and Roll Hall of Fame.

The board awarded Franklin the citation on Monday “for her indelible contribution to American music and culture for more than five decades.”

Franklin—who passed away in August at the age of 76, a victim of pancreatic cancer—joins some rare company. Fewer than 12 musicians have received the Pulitzer Special Citation since it was first awarded in 1930. They include George Gershwin, Thelonious Monk, John Coltrane, and Bob Dylan. Franklin is the first female artist to receive the Special Citation.

After Franklin’s death, jazz singer and songwriter René Marie recalled for JazzTimes how her mother bought Franklin’s breakthrough album I Never Loved a Man the Way I Love You, and household chores were never quite the same. 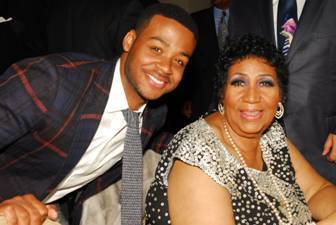