Two jazz giants of two generations have come together for a collaborative project. Let My People Go, a duo recording by saxophonist Archie Shepp and pianist Jason Moran, will be released February 5 on Shepp’s Archieball Records.

Its first single, “Sometimes I Feel Like a Motherless Child,” is available now on YouTube and other streaming platforms.

The album compiles a series of duet performances from 2017 and 2018.

Shepp, now 83, has been a force in the jazz world for six decades. A collaborator in the 1960s with Cecil Taylor and John Coltrane, the saxophonist had a formative effect on the development of avant-garde jazz. His musical palette broadened considerably from the 1970s onward, with explorations of African music, blues, spirituals, and staples of the swing and bebop repertoire.

Though just over half Shepp’s age—he will turn 46 next month—Moran is no less a force. The pianist and composer is a MacArthur Fellow, the artistic director for jazz at the Kennedy Center in Washington, D.C., and an acclaimed musician and bandleader known for assaying the full spectrum of jazz history.

The two musicians met at the 2015 JazzMiddelheim Festival in Belgium and have since formed a deep friendship, playing frequently together and sitting in on each other’s gigs. Let My People Go, however, is their first recording together.

The album can be preordered here. 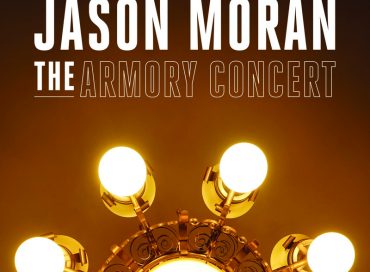 Moran’s breaking away from Blue Note and forming Yes Records with his wife, the opera singer Alicia Hall Moran, wasn’t a matter of creative restraint. … END_OF_DOCUMENT_TOKEN_TO_BE_REPLACED

The Kennedy Center will present three multimedia performances in January and February as part of its Jason+ series which pairs Jason Moran, the Center’s Artistic … END_OF_DOCUMENT_TOKEN_TO_BE_REPLACED