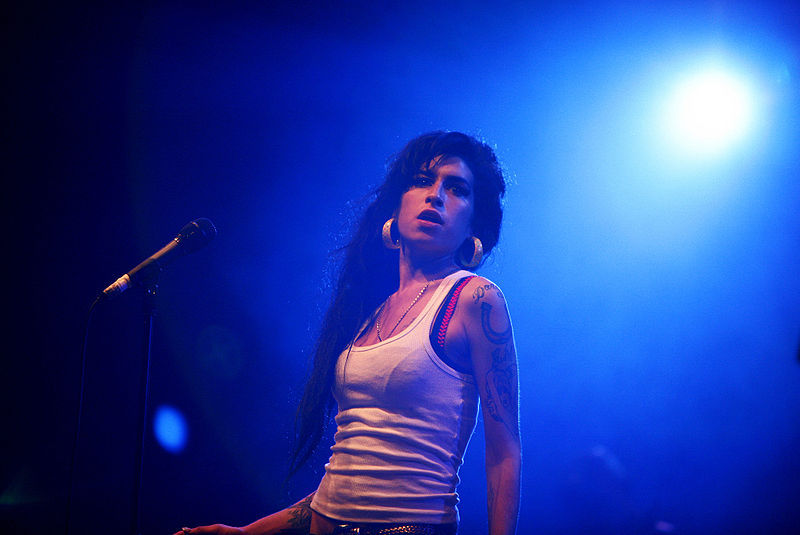 Multiple news sources, including the BBC and the London Mirror, are confirming the death today of Amy Winehouse, the British neo-soul vocalist and tabloid fixture. Winehouse’s body was recovered from her London apartment this afternoon. The cause was a suspected drug overdose. Winehouse was 27.

Winehouse emerged in the early 2000s with a style that drew from pop, soul and jazz. Her debut album, 2003’s Frank, included a cover of the James Moody jazz vocal classic “Moody’s Mood for Love,” but it wasn’t until 2006’s Back to Black that Winehouse hit her stride. The album made her a superstar and received exhaustive coverage for its opening track, “Rehab,” notably because Winehouse herself was becoming known more for her own substance abuse and erratic behavior than for her music. As recently as May, Winehouse canceled a tour and entered rehab for the umpteenth time. She was also in the news at various times for assault and other mishaps. She had recently left rehab and had reportedly been planning to reschedule her tour.

Winehouse’s father, Mitch, is a jazz singer in his own right, and was reportedly on a plane to New York to take part in a jazz festival as the news broke. His own debut album, Rush of Love, was released in April.

Winehouse is scheduled to appear on an upcoming duets album with Tony Bennett.