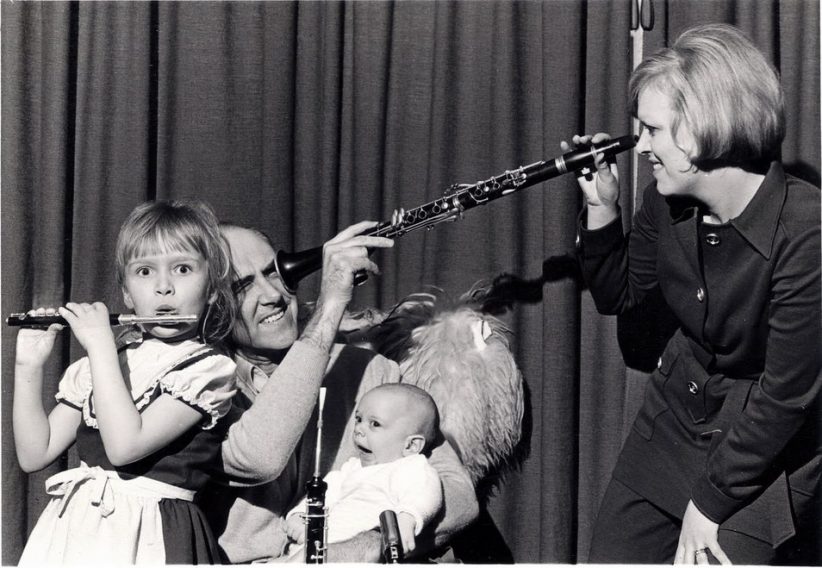 Herb Geller and family in 1970. Photo courtesy of the artist 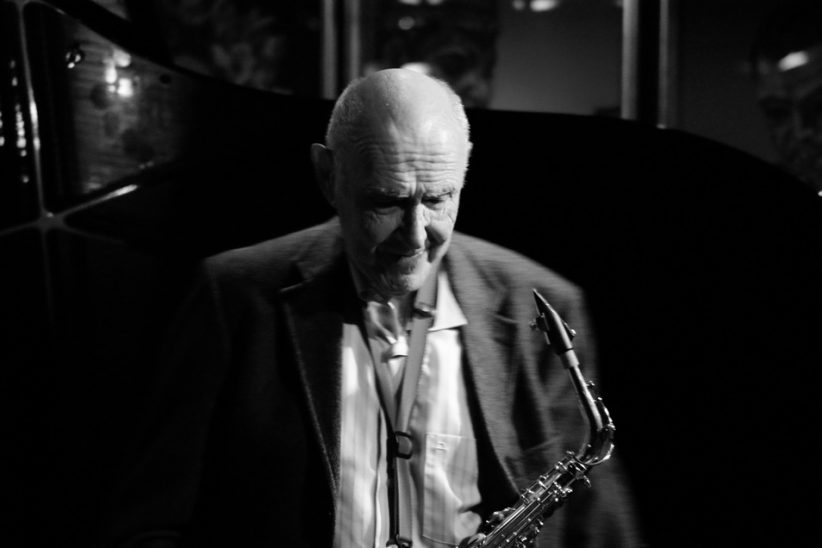 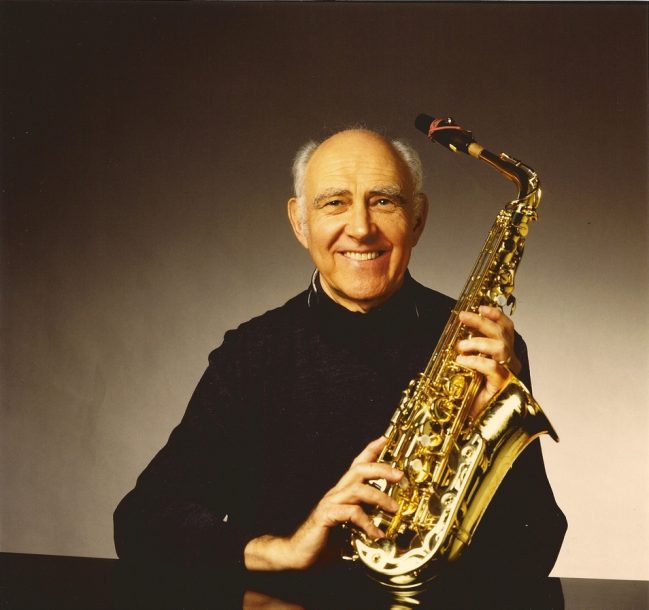 Herb Geller in the '90s. Photo courtesy of the artist

Herb Geller, an alto saxophonist who was an important player on the L.A. scene in the 1950s before settling in Europe in the early ’60s, died on Dec. 19 in a hospital in Hamburg. After undergoing treatment for lymphoma over the past year, he died of pneumonia, according to his son, Sam Geller. He was 85. The date of Geller’s death was the 51st anniversary of his marriage to his second wife, Christine.

Geller’s sound and attack-speedy, authoritative and emotive-stayed remarkably vital through the decades, and presented an alternative to the West Coast stylists he made his name among in the ’50s. Geller’s playing could evoke Charlie Parker but owed more to Benny Carter, Johnny Hodges and Lester Young. He released albums under his own name on Emarcy in the mid-’50s and played and recorded with a grip of midcentury greats, among them Chet Baker, Shorty Rogers, Bill Holman, Clifford Brown, Zoot Sims, Stan Getz, Max Roach, Maynard Ferguson, Booker Little, Louie Bellson, Barney Kessel, Jimmy Rowles and Buddy DeFranco, among others. He also worked with Benny Goodman and, later, Bill Evans, and appeared on recordings by a handful of iconic singers-Annie Ross, Ella Fitzgerald, Anita O’Day, Dinah Washington, Mel Tormé and Lena Horne. Along with his first wife and noted collaborator, the pianist Lorraine Geller, he was an “All-Star” at the Lighthouse Café in Hermosa Beach. Perhaps more than anything, Geller was a consummate working player who lived his life inside music: through one-nighters with big bands, at clubs, in L.A. studios, in burlesques, at basement jam sessions around the world.

Geller was born in Los Angeles in 1928, to a father who was a tailor and shop owner and a mother who played piano in a silent movie theater. He started on alto saxophone at age 8, and, by the time he entered high school, he was playing in a swing band and learning Glenn Miller by ear. At Susan Miller Dorsey High in L.A., his best friend was Eric Dolphy, with whom he played in the marching band. Before graduating he performed a brief stint, on tenor sax, with violinist Joe Venuti, and learned from pianist Joe Albany and Stan Getz while in his late teens. After working in bands led by trumpeter Jimmy Zito and pianist Jack Fina, he met his wife-to-be, Lorraine Walsh, at a jam session in L.A. in 1949. Their relationship burgeoned after Geller relocated to New York in the fall of that year. They married in 1952. Geller jammed and developed in New York and took a job in Billy May’s band, which led to he and Lorraine moving back to L.A. in 1953.

For the next half-decade, the Gellers were integral participants in the heyday of so-called West Coast jazz. They jammed with Jimmy Giuffre, Bud Shank and others at the Lighthouse, took part in the plentiful and lucrative studio sessions in L.A., led a quartet they billed as “The Gellers” for an Emarcy LP, and, in 1955, moved into a house in the Hollywood Hills. In 1958, the Gellers’ first daughter, Lisa, had a complicated birth that put the family in financial straits and placed tremendous strain on Lorraine’s health. (The year prior, Lorraine was diagnosed with asthma.) After half a year of rest, she took a job backing Kay Starr to offset their hospital bills. But in October of ’58, Lorraine suffered pulmonary edema and an asthma attack and died. She was 30.

While coming to terms with the death, Geller played with Benny Goodman (whose band he’d joined prior to Lorraine’s passing) in South America. He stayed in Brazil to play in jam sessions and, after spending time in Paris, settled in Germany in the early ’60s. There, he taught and performed in clubs and state-sponsored bands including the NDR Bigband. Geller remarried and had two kids-his daughter with Lorraine, Lisa, was raised and adopted by his sister’s family-and in the last few years of his life began returning to the States to perform. During his years in Germany, he recorded for labels including Enja, Fresh Sound and Hep.

Note: This obituary relies largely on Marc Myers’ JazzWax.com interview with Geller from 2010. It is one of the, if not the, most in-depth published conversations with the saxophonist, and absolutely indispensible for those interested in his story.