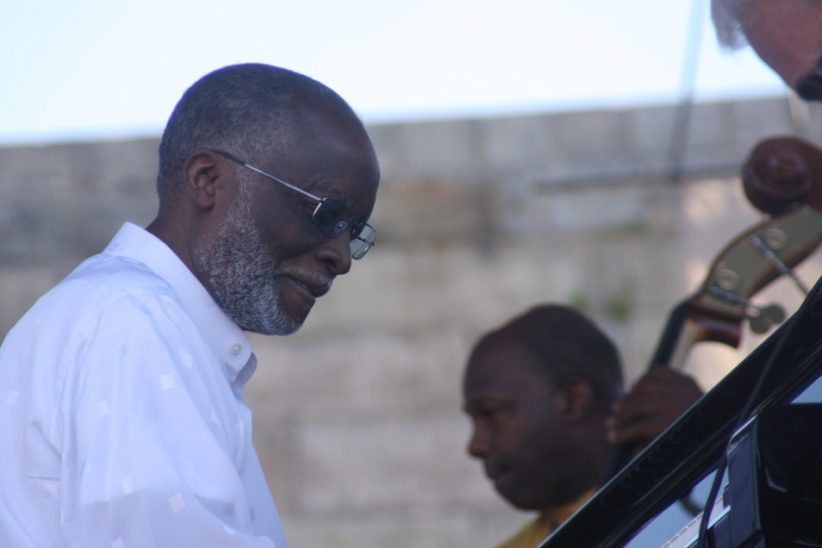 JazzWeek has recently released its Top 100 for 2010, its annual survey of 98 jazz radio stations in the U.S.. At the top of the chart is Ahmad Jamal, whose A Quiet Time on Dreyfus received 3,742 spins from radio stations during the year. Trombone Shorty’s Backatown on Verve Forecast was number two with 3,550 spins. Rounding out the top five were albums from John Pizzarelli, Tia Fuller and Mike LeDonne.

Ed Trefzger, editor and publisher of JazzWeek, says that the airplay is tracked by an ASCAP subsidiary Mediaguide. Using radio receivers to feed audio into software housed in computer hardware in each of over 125 markets in the U.S., Mediaguide matches broadcast audio to a database of “fingerprints” of songs to automatically record airplay.

A studied look at the chart tells any informed observer that jazz radio tends to play straight-ahead and mainstream jazz albums more often. In contrast to, say, the JT Critics Picks which included Jason Moran’s Ten, Charles Lloyd’s Mirror and Rudresh Mahanthappa & Bunky Green’s Apex as its top three albums of 2010, the JazzWeek chart’s Top Ten featured albums from John Pizzarelli, Curtis Fuller, Mike LeDonne, Steve Hobbs, John Stein and Kenny Burrell, none of whom were recognized by the JT crtiics. Whereas Moran (27) and Lloyd (65) did not rate nearly as highly in the radio chart and the Mahanthappa/Green album was not even on the chart at all.

“The top 100 does tend to be straight-ahead and mainstream,” says Trefzger. “I think that’s been the trend for many years. But I don’t think that’s necessarily an indication that jazz radio is getting more conservative. If you look at our weekly top 50 charts, you’ll see non-mainstream releases represented, but not in numbers that would put them in a yearly top 100. Over the course of a year about 700 albums will make the weekly top 50.”

Trefsger says that jazz programming has been affected by inroads made by other music genres such as world music, plus the usual news and talk shows so ubiquitous on public radio, on which much of jazz is played. He also notes that the limited airtime for jazz combined with the rise in DIY releases means that competition for airplay is fiercer than ever. “Those 700 albums that chart in the course of a year are part of about 2,000 or so received by radio stations to be considered for airplay,” he explains. “It’s a daunting, if not impossible, task for radio to audition that much music, and so radio promotion becomes a vital part of getting attention for a CD by helping bring music to the attention of music directors at stations. That tends to focus attention on more established labels or artists, which will tend toward the mainstream.”

Trefzger says that programmers often have much broader taste than what they play on the air, but they have to be cognizant of their target audience. “In general, jazz radio needs to reach more than the hardcore jazz aficionado to be viable,” he says. “If you ask program directors and music directors what their favorite CDs of the year are, they are likely not to line up with what their stations played, simply because they have to program to a bit broader taste than that of the really serious jazz fan. What is played on the air is not a reflection merely of artistic merit, but radio also has to consider what will draw an audience of casual jazz listeners without turning away the serious jazz fan.”

And forget trying to match up the preferences of either critics or radio programmers with the best-selling albums of the year. Number one, two and three on Billboard’s charts for 2010 were albums from Michael Buble, Harry Connick, Jr. and Barbra Streisand, none of which showed up on JT’s or JazzWeek’s list for the top albums of 2010.

Saxophonist Wayne Shorter, pianist Ahmad Jamal, and bassist Linda May Han Oh were among those honored this week by the Jazz Journalists Association with 2019 … END_OF_DOCUMENT_TOKEN_TO_BE_REPLACED

Kurt Elling, Dr. Jazz, ECM and HighNote/Savant among the winners in 13 categories announced during the radio organization’s annual Summit in Rochester