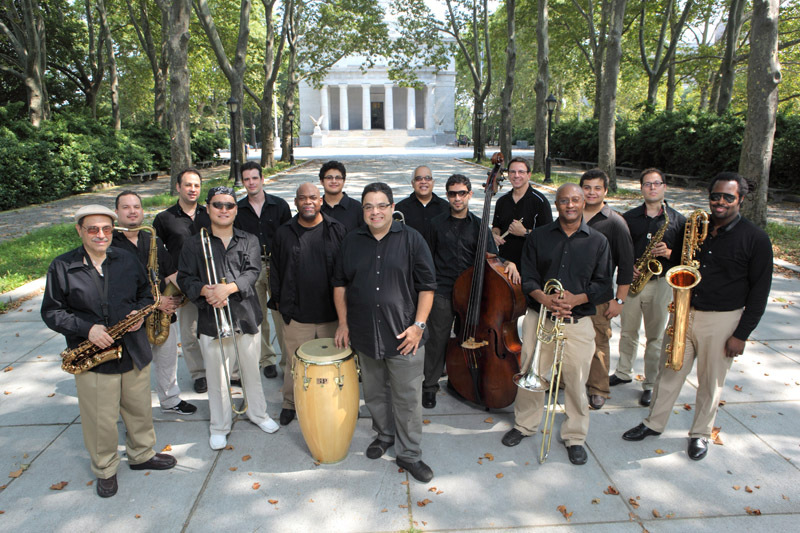 Titled “The Afro Latin Jazz Orchestra Turns 10,” the program will showcase the ensemble performing a wide range of repertoire, spanning from their earliest Jazz at Lincoln Center beginnings to their latest commissions, including works by Miguel Zenón, Dafnis Prieto, Vijay Iyer, O’Farrill and many others. Additionally, a special world premiere will celebrate the commitment the Orchestra has made toward progressing this vital art form.

Additionally, the January 20 performance will serve as a benefit concert for the Afro Latin Jazz Alliance, the ALJO’s non-profit organization committed to keeping this tradition alive through Afro Latin jazz performance, education and preservation. Anniversary Celebration Benefit Concert Tickets are $60, $80 and $100, and at the $100 level include a post performance reception at the home of City Council member Gale Brewer. 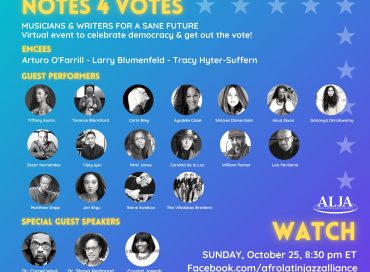 The Afro Latin Jazz Alliance (ALJA) will host a special event, “Notes 4 Votes,” as a “get out the vote” initiative to be broadcast on … END_OF_DOCUMENT_TOKEN_TO_BE_REPLACED

As the COVID-19 quarantine schedule grows longer, so too does the list of jazz artists in dire straits. Fortunately, the list of emergency initiatives to … END_OF_DOCUMENT_TOKEN_TO_BE_REPLACED

Jazz at Lincoln Center and JazzTimes announced that NEA Jazz Master, pianist, composer, and educator Dr. Barry Harris is the recipient of the 2020 Bruce … END_OF_DOCUMENT_TOKEN_TO_BE_REPLACED

Jeff Goldblum has announced his second studio album, I Shouldn’t Be Telling You This, which includes guest turns from some other famous faces. It follows … END_OF_DOCUMENT_TOKEN_TO_BE_REPLACED