The Afro Latin Jazz Alliance (ALJA) will host a special event, “Notes 4 Votes,” as a “get out the vote” initiative to be broadcast on its Facebook page on Sunday, Oct. 25, at 8:30 p.m. ET. Featuring prominent jazz musicians such as Terence Blanchard, Vijay Iyer, and Carla Bley as well as guest speakers like Cornel West, the ALJA hopes to capture the spirit of the creative music community and the urgency of this moment, according to a press release received by JT.

“Jazz has always been the perfect example of democracy: everyone having an input on the direction of a musical statement,” Blanchard says. “The key thing is, everyone having to be involved for it to work. So, let’s all get involved and make our statement in November.”

O’Farrill, who established the ALJA in 2007 to promote Afro-Latin jazz through various performance and education programs, comments in the press release, “Nothing, nothing, nothing is more important than getting your vote in and on time. Too many of us slept on this moment four years ago and we cannot afford to let the process for change given to us by our framers go unused. Musicians from every genre and aesthetic are lining up to show us that we must likewise unite. Let nothing stand in the way of showing the nation and the world that we can take back our destiny as a people governed by the sanity and the fair application of governance that is the basis of the social contract and the foundation of the American ‘experiment’!”

The event will immediately follow a re-streaming of the “Jazz for America” virtual concert that took place on Oct. 15. For more information about Notes 4 Votes, visit the ALJA Facebook page.

As the COVID-19 quarantine schedule grows longer, so too does the list of jazz artists in dire straits. Fortunately, the list of emergency initiatives to … END_OF_DOCUMENT_TOKEN_TO_BE_REPLACED 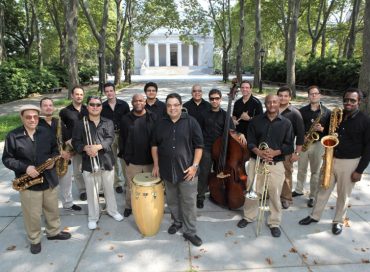 Randy Weston, Dafnis Prieto, Donald Harrison and others will appear at NYC gig