Skip to content
Become a member and get exclusive access to articles, live sessions and more!
Start Your Free Trial
Home > Blog > Readers Poll, Year in Review > A 2017 JT Reader

As 2017 comes to a close, we invite you to revisit these choice JazzTimes features and columns from throughout the year. Thanks so much for reading and supporting JT, and remember to vote in our Readers’ Poll.
– Evan Haga, Editor

Keith Jarrett
In a rare interview, the piano master talks to Nate Chinen about audiences, solo improvisation and the fraught circumstances behind his revelatory recent box set, A Multitude of Angels (ECM). Plus: Evan Haga on Jarrett at Carnegie Hall.

Jazz on Trump
“Right from the get-go, it was disastrous,” the Mexican-born drummer Antonio Sanchez says of the rise of Donald J. Trump. But the jazz community is an exceedingly diverse one, and opinions on the United States’ 45th president range wider than you might expect. By Michael J. West

Mingus & Joni Mitchell
In this excerpt from his new book, Reckless Daughter: A Portrait of Joni Mitchell, David Yaffe details the unlikely but inspired collaboration between a generation-defining singer-songwriter and a once-fearless jazz icon nearing his death.

Kamasi Washington
Few jazz musicians in recent memory have generated as much crossover excitement as this L.A.-born saxophonist. In conversation with Brad Farberman, Washington goes inside the making of his sublime new EP, Harmony of Difference (Young Turks), his first release since 2015’s breakthrough triple-album, The Epic.

Linda May Han Oh
At home in Harlem, the phenomenal young bassist and composer discusses her bold new album, Walk Against Wind; learning to play jazz in her native Australia; and the many lessons she’s absorbed on the road with Pat Metheny. By Geoffrey Himes

Trombone Shorty
In this candid, thoughtful conversation with David Fricke, the NOLA superstar talks about his Blue Note Records debut, Parking Lot Symphony, what it takes to rock an arena, the current state of the brass-band tradition and how he and his band, Orleans Avenue, aren’t out to save jazz.

Is Jazz Still Sexist?
In light of a recent controversy, jazz writer Natalie Weiner takes stock of the genre’s attitudes toward women.

Jaimie Branch
How a Windy City trumpeter, raised on Ornette and punk rock, became one of the most thrilling new voices of the New York avant-garde. By Shaun Brady

Iggy Pop
From his Stooges days to a surprising recent collaboration, the punk pioneer discusses his jazz past. By Evan Haga

Thelonious Monk
In July of 1959, Monk entered a New York studio to record soundtrack music for an edgy, arty film version of the 18th-century novel Les Liaisons Dangereuses. The resulting session, newly unearthed and released after nearly 60 years, gives us fresh insights into a profoundly important and trying period of Monk’s career. By David Kastin

Alice Coltrane
In this rare archival interview by Ashley Kahn, most of it previously unpublished, the transcendent musician and spiritual leader reflects on life with one of the most influential men in jazz history. Plus, Shaun Brady digs into a revelatory collection of her devotional recordings and Evan Haga writes about a special tribute concert in Queens.

The Savory Collection
Critic Ben Ratliff on why the work of jazz is never done.

Jimmy Heath
Now in his 90s, Heath is a talent and personality nonpareil—a saxophonist whose lyrical, robust command of the tenor evinces jazz’s midcentury golden age, and a storyteller with an endless supply of anecdotes starring the music’s icons. Here, Mac Randall asks Heath to reflect on several of his historic sessions.

Eddie Palmieri
From his Latin dance classic La Perfecta through the electric grooves of Harlem River Drive and on to his most recent triumph, Sabiduría/Wisdom, the Afro-Cuban maestro goes inside the making of his finest LPs. By Jeff Tamarkin

40 Essential Solos
To compile this list of 40 fantastic improvised solos you need to hear—and, if you’re a musician, transcribe—we polled more than 100 top players and critics. The results are almost certainly not what you’d expect, and we’ve included commentary by Joe Lovano, Helen Sung, Fred Hersch, Dave Douglas and many other artists.

Geri Allen
Allen, who died of cancer in June, just 60, wasn’t only one of the most fearless and important pianists in jazz history. She was also among its great teachers, as artists including Esperanza Spalding and Jason Moran explain. By Shaun Brady

Buddy Rich @100
During his lifetime, he was widely regarded as the greatest drummer in the world and a talk-show-ready raconteur. But Rich’s legacy, tainted by those legendary tapes, is far more complex and contested. By Andrew Gilbert

David Sedaris
In this revealing, surprising conversation with JT publisher
Lee Mergner, one of America’s premier humorists talks about his jazz-obsessed dad, why he stopped doing his Billie impression, the problem with jazz brunch and much more.

Gregory Porter
In this interview by David Fricke, the soulful, award-winning vocalist discusses his new Blue Note tribute to Nat “King” Cole—a musical and personal hero who offered wisdom and strength when Porter’s absentee father could not. 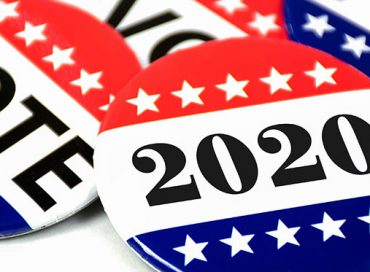 There can be no doubt that 2020 was a horrible year for the jazz community. And yet on some levels it was an excellent year … END_OF_DOCUMENT_TOKEN_TO_BE_REPLACED

Welcome to the 2018 JazzTimes Readers’ Poll. Please choose your favorite artist, group or title in each category. If your favorite isn’t listed, you may … END_OF_DOCUMENT_TOKEN_TO_BE_REPLACED 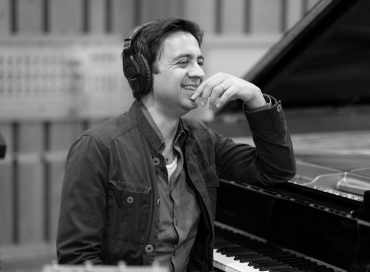 The voting was conducted via an online survey posted at JazzTimes.com Winners are bolded; runners-up are listed below in order of number of votes. When … END_OF_DOCUMENT_TOKEN_TO_BE_REPLACED 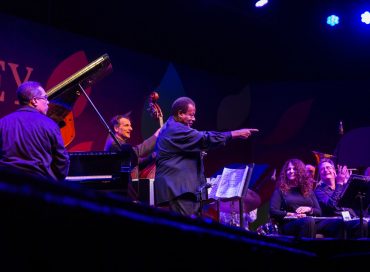 Readers were asked to focus on artists’ achievements that occurred between November 2015 and November 2016. Winners are bolded; runners-up are listed below in order … END_OF_DOCUMENT_TOKEN_TO_BE_REPLACED