The Sarah Vaughan International Jazz Vocal Competition, taking place on Nov. 12 at the New Jersey Performing Arts Center (NJPAC) as part of the TD James Moody Jazz Festival, is accepting entries for 2017. The competition, now in its sixth year, for the first time is open to both male and female vocalists. Contestants must be age 16 or older and may not be presently signed to a major record label.

Vocalists may enter the competition by submitting recordings containing three or more performances at sarahvaughancompetition.com by no later than Sept. 5 at 5 p.m. Five finalists will be announced on Oct. 10, and will perform on Nov. 12 in front of a panel of judges that will include vocalists Ann Hampton Callaway, Vanessa Rubin and Will Downing, musician and composer T.S. Monk plus Gary Walker of WBGO Jazz 88.3 FM. The winner receives the Sassy Award (reflecting Vaughan’s well-known nickname), a cash prize and a record contract with Concord Music Group. Past winners include Cyrille Aimée, Jazzmeia Horn, Ashleigh Smith, Arianna Neikrug and Deelee Dubé.

“The Sassy Awards—which have helped discover some of the finest young female vocalists in the world—will now, thankfully, open the competition to that all too rare species, young male jazz vocalists. Opening the competition to male vocalists will make this event more exciting than ever!” said bassist, composer and NJPAC jazz advisor Christian McBride in a press release sent to JazzTimes. McBride was also a competition judge from 2014 through 2016.

For more information on the competition, visit sarahvaughancompetition.com. To purchase tickets for the finalists’ performances on Nov. 12, visit njpac.org. 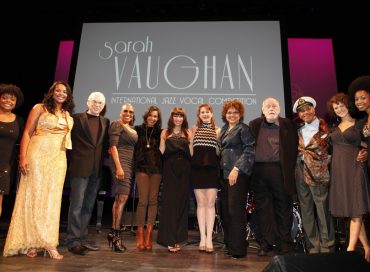