Eagle Rock Entertainment will release a 10-DVD, 20-hour collection titled The Definitive Miles Davis at Montreux DVD Collection 1973-1991 on October 24. The suggested retail price is $149.98. Only 5,000 units will be produced.

It would be 11 years before Miles would grace the Montreux stage again. In 1984, with a seven-piece band (featuring Bob Berg on sax and keyboards, Darryl Jones on bass, John Scofield on guitar and Al Foster on drums), Miles performs 11 pieces stretching out over an hour and a half. The following year, the same lineup would perform the same set albeit in different arrangements.

The two-hour 13-piece 1985 set includes material from the A Tribute to Jack Johnson and Star People albums, including Cyndi Lauper’s “Time After Time.” In ’86, Robben Ford replaces Scofield on guitar. Keyboardist George Duke and saxophonist David Sanborn are special guests.

In 1988, Miles returns with saxophonist Kenny Garrett (who can also be heard on the 1990 set) to explore In A Silent Way” for the first time in years. In 1989, Chaka Khan adds vocals to “Human Nature” in a 13-piece 113-minute set that features Rick Margitza on sax, Kei Akagi and Adam Holzman on keyboards, Foley on lead bass, Benny Rietveld on bass, Ricky Wellman on drums and Munyungo Jackson on percussion.

The final appearance, July 8, 1991, a little under three months before his death, in a compact 60 minutes, features Quincy Jones conducting the Gil Evans Orchestra and George Gruntz Concert Jazz Band with Wallace Roney on trumpet and flugelhorn.

Since Miles Davis’ death in 1991, his estate has been careful about endorsing products that use his name. There were the Miles Davis Tribute Jazz … END_OF_DOCUMENT_TOKEN_TO_BE_REPLACED 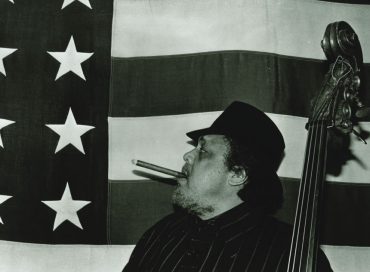 The 54th edition of the Montreux Jazz Festival in Switzerland was supposed to start tomorrow (Friday, July 3) and run through Sunday, July 18. Obviously, … END_OF_DOCUMENT_TOKEN_TO_BE_REPLACED

Stanley Nelson’s Grammy-nominated documentary Miles Davis: Birth of the Cool is entering the next phase of its existence. Following several showings at film festivals and … END_OF_DOCUMENT_TOKEN_TO_BE_REPLACED