Skip to content
Become a member and get exclusive access to articles, live sessions and more!
Start Your Free Trial
Home > Bob Mintzer 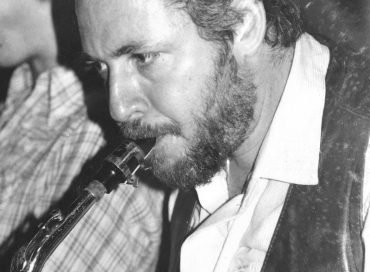 Great jazz artists have a distinctive sound and approach that allows the listener to identify the artist after hearing two or three notes. Pete Yellin is in that category of saxophonists. His loose, slinky and highly expressive sound attracted Joe Henderson in the early 1970s, enough so that Joe hired Pete to augment his band. (Check out In Pursuit of Blackness, on the Milestone label.) Pete played in the bands of Lionel Hampton, Tito Puente and Buddy Rich, was an exceptional educator and made several wonderful recordings as a leader. Pete also played on at least 14 of my big-band recordings. His playing embodied the history of the music in such an honest and informed way. You heard Bird, Sonny and Coltrane in there, but the predominant voice was Pete’s own.

I met Pete in 1974, on the Puente band. We started a friendship that continued until the end of his life. We both loved music, basketball, good food and acting crazy. In 1975 we joined the Buddy Rich Band, and many wild adventures ensued. One time, we were playing basketball in Brooklyn, before a Buddy gig at his club on 33rd Street in Manhattan. I passed the ball to Pete a bit too hard, and it dislocated his middle finger on his right hand. Off we went to the emergency room, where they snapped the finger back into place and put a rather large bandage around it. Pete played the gig that night with his wrapped middle finger sticking up in the air. But he still sounded like Pete!