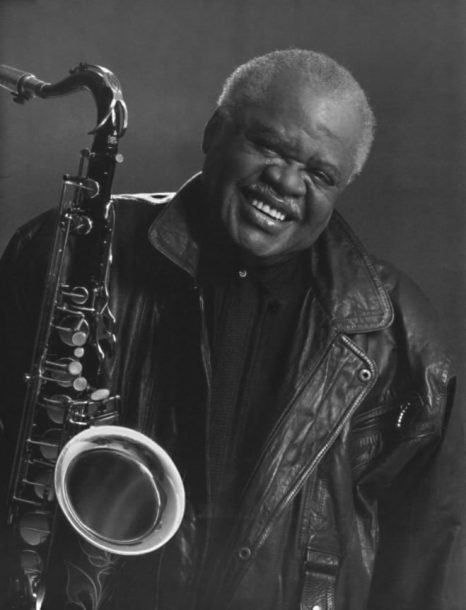 Tenor saxophonist Stanley Turrentine, also known as “Mr. T” or “The Sugar Man” (April 5, 1934—September 12, 2000) had a distinctive sound. In just a few notes, that thick, rippling tone, with an earthy grounding in the blues, quickly became apparent. I interviewed Mr. T several times, and found him to be as warm and gregarious as his music.

From a 1997 concert at Pittsburgh’s Manchester Craftsman’s Guild, Mr. Turrentine works out on “Cherokee” with Billy Taylor on piano, Rufus Reid on bass, and Roger Humphries on drums.

UPDATE: The program has now ended, but if you missed some or all of it, don’t worry—just go to https://www.arts.gov/honors/jazz to watch a full archived version. … END_OF_DOCUMENT_TOKEN_TO_BE_REPLACED

JazzTimes turned 50 in 2020, and we commemorated that milestone in our December issue with two lists of the past 50 years’ 50 best jazz … END_OF_DOCUMENT_TOKEN_TO_BE_REPLACED

He’s best known as a vibraphonist, but Warren Wolf is also adept at several other instruments, including marimba, piano, and drums. Join us as Wolf … END_OF_DOCUMENT_TOKEN_TO_BE_REPLACED

With his September 1, 2018 passing, the jazz world lost a singular pianist-composer-bandleader and endless seeker of the African essence of music and spirituality. This … END_OF_DOCUMENT_TOKEN_TO_BE_REPLACED