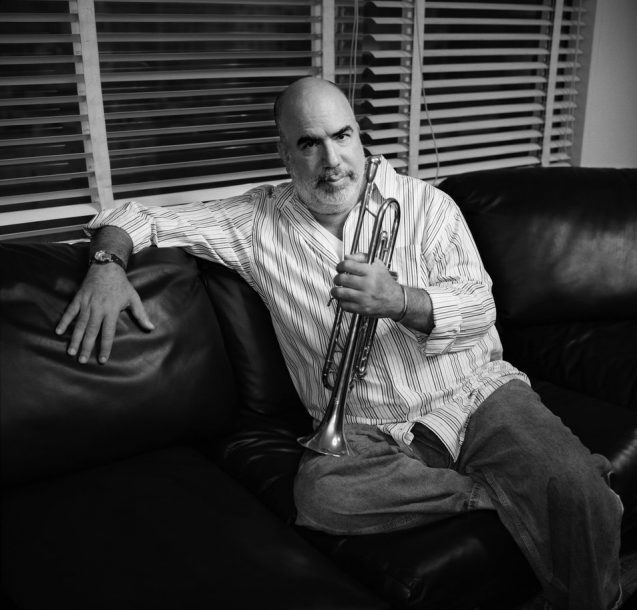 During the 2012 Jazz Cruise, JazzTimes set up a make-shift video production studio in “The Boardroom,” a small room on the second deck of the MS Westerdam. Throughout the week, a succession of artists-including Kurt Elling, Freddy Cole, Ann Hampton-Callaway, Don Braden, Ken Peplowski, Laurence Hobgood, Wycliffe Gordon, Bill Charlap & Renee Rosnes and many others-came in to talk about the cruise, jazz education and their own projects. You can also see more of these video interviews at the JazzTimes YouTube channel.

Born and raised in the Philadelphia area, trumpeter Randy Brecker has been playing jazz almost as long as he’s been walking, introduced to the music by his jazz-loving father and often collaborating with his brother Michael, with whom he did hundreds of studio sessions as first-call players in the New York music scene of the 70s (that trumpet solo on Bruce Springsteen’s “Meeting Across the River” is Randy’s). Eventually the two brothers created their own group which had an enormous influence on electric jazz groups of the 70s. Both also toured and recorded as leaders of their own award-winning jazz groups. Michael died in 2007 from a rare blood disorder, but Randy has continued the family’s unique legacy in jazz with a peripatetic schedule of work as a soloist and bandleader. A mainstay of the jazz festival and cruise circuit, Randy was performing on the Jazz Cruise as a guest soloist.

In this In Person interview segment, Randy talked about how he and Michael created the seminal jazz fusion group, and why he decided to bring the original band back together with his wife Ada Rovatti in the saxophone chair.

Randy Brecker on the Brecker Brothers band and its recent reunion:

UPDATE: The program has now ended, but if you missed some or all of it, don’t worry—just go to https://www.arts.gov/honors/jazz to watch a full archived version. … END_OF_DOCUMENT_TOKEN_TO_BE_REPLACED

JazzTimes turned 50 in 2020, and we commemorated that milestone in our December issue with two lists of the past 50 years’ 50 best jazz … END_OF_DOCUMENT_TOKEN_TO_BE_REPLACED

He’s best known as a vibraphonist, but Warren Wolf is also adept at several other instruments, including marimba, piano, and drums. Join us as Wolf … END_OF_DOCUMENT_TOKEN_TO_BE_REPLACED

With his September 1, 2018 passing, the jazz world lost a singular pianist-composer-bandleader and endless seeker of the African essence of music and spirituality. This … END_OF_DOCUMENT_TOKEN_TO_BE_REPLACED