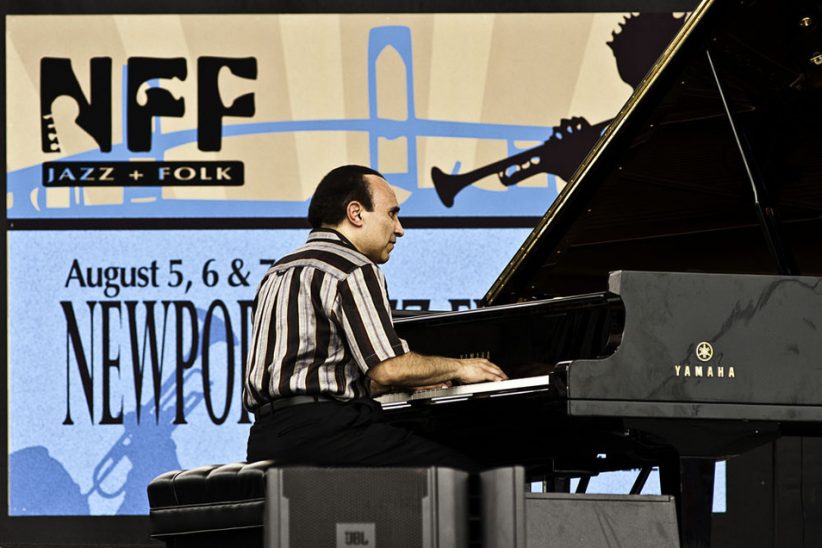 Pianist Michel Camilo describes the effect of being at Newport as like a “lightbulb in my soul,” referring to the inspiration that comes from both performing and listening there. In this video interview from the 2013 Newport Jazz Festival, the pianist talks about his long history with the festival and his unique personal and professional relationship with George Wein.

During the festival, JazzTimes set up a make-shift video production studio backstage inside the old barracks of Fort Adams. During two afternoons, a succession of artists-including Mary Halvorson, Gregory Porter, Derrick Hodge, Dee Alexander, David Gilmore, Aaron Goldberg and several others-came in to talk about the festival, jazz education and their own projects. We have been posting these interviews at jazztimes.com. You can also see more of these video interviews from the Newport Jazz Festival (in 2011, 2012 and 2013), as well as from the Jazz Cruise, at the JazzTimes YouTube channel.

Michel Camilo on George Wein and the Newport Jazz Festival:

UPDATE: The program has now ended, but if you missed some or all of it, don’t worry—just go to https://www.arts.gov/honors/jazz to watch a full archived version. … END_OF_DOCUMENT_TOKEN_TO_BE_REPLACED

JazzTimes turned 50 in 2020, and we commemorated that milestone in our December issue with two lists of the past 50 years’ 50 best jazz … END_OF_DOCUMENT_TOKEN_TO_BE_REPLACED

He’s best known as a vibraphonist, but Warren Wolf is also adept at several other instruments, including marimba, piano, and drums. Join us as Wolf … END_OF_DOCUMENT_TOKEN_TO_BE_REPLACED

With his September 1, 2018 passing, the jazz world lost a singular pianist-composer-bandleader and endless seeker of the African essence of music and spirituality. This … END_OF_DOCUMENT_TOKEN_TO_BE_REPLACED