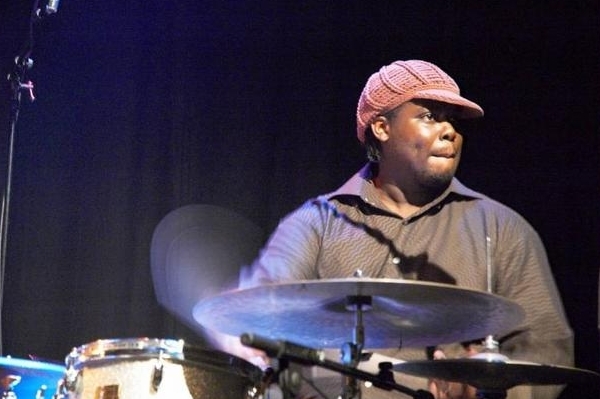 Shannon J. Effinger: Tell us about your latest album, The Eleventh Hour, and why the delay in its release.

Johnathan Blake: Why the delay. (Laughs) The reason for the delay was that we recorded it last year and I had planned to get it out towards the beginning of this year. But you know, some unexpected financial difficulties came into play so I had to shelve it for a while. That’s why I started this fundraising campaign on IndieGoGo. I finally reached the goal and I’m really excited because now I can move forward. I started this campaign right after I mixed the record and we kind of just sat on it until I was able to recoup some of the funds and now it looks like it’s a go. It was great because we’ve been playing some of this music for a couple of years now. The band has gotten tighter as we played, so it was definitely time. We knocked most of it out in one day and we were scheduled for two days. Ben Street, who played bass on it, got another gig and he had to leave the session on the first day early, so we only had like three or four hours at the most to record. I’ve known all these guys for so long and they were all there, just playing their hearts out, to help [this album] come into fruition.

UPDATE: The program has now ended, but if you missed some or all of it, don’t worry—just go to https://www.arts.gov/honors/jazz to watch a full archived version. … END_OF_DOCUMENT_TOKEN_TO_BE_REPLACED

JazzTimes turned 50 in 2020, and we commemorated that milestone in our December issue with two lists of the past 50 years’ 50 best jazz … END_OF_DOCUMENT_TOKEN_TO_BE_REPLACED

He’s best known as a vibraphonist, but Warren Wolf is also adept at several other instruments, including marimba, piano, and drums. Join us as Wolf takes part in a special Zoom listening session with regular JazzTimes contributor Ashley Kahn that mirrors his instrumental and stylistic diversity. Update: The live event has now ended, but a … END_OF_DOCUMENT_TOKEN_TO_BE_REPLACED
To access this content, you must purchase JazzTimes Membership.