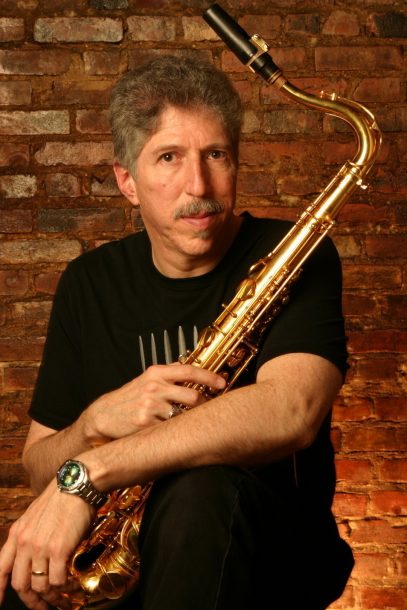 My friend Bob Mintzer is an amazingly talented man. A superb saxophonist, composer, arranger, leader of his own smokin’ Big Band, a two-decade member of the Yellowjackets, and for the past three years, a Professor of Jazz Studies at USC’s Thornton School of Music.

His duties at USC also include leading and arranging the Thornton Jazz Orchestra, perhaps the best college big band in the country, as evidenced by their recent win at the Monterey Jazz Festival Next Generation Competition.

A few weeks ago, the TJO went to the studio for a day (!) to record an album and I joined them to document the session. An added bonus was engineer Bruce Botnick, who also teaches at USC and is best known for his work with the Doors. Talk about stories.

This first video from the session is a portrait of the group, as well as an introduction to the jazz program at USC, easily one of the best in the country, considering its instructors include Mr. Mintzer, Peter Erskine, Alphonso Johnson, Ndugu Chancler, and the department head, pianist Alan Pasqua.

There are some very talented young musicians in the TJO, as this and future videos demonstrate.

UPDATE: The program has now ended, but if you missed some or all of it, don’t worry—just go to https://www.arts.gov/honors/jazz to watch a full archived version. … END_OF_DOCUMENT_TOKEN_TO_BE_REPLACED

JazzTimes turned 50 in 2020, and we commemorated that milestone in our December issue with two lists of the past 50 years’ 50 best jazz … END_OF_DOCUMENT_TOKEN_TO_BE_REPLACED

He’s best known as a vibraphonist, but Warren Wolf is also adept at several other instruments, including marimba, piano, and drums. Join us as Wolf … END_OF_DOCUMENT_TOKEN_TO_BE_REPLACED

With his September 1, 2018 passing, the jazz world lost a singular pianist-composer-bandleader and endless seeker of the African essence of music and spirituality. This … END_OF_DOCUMENT_TOKEN_TO_BE_REPLACED