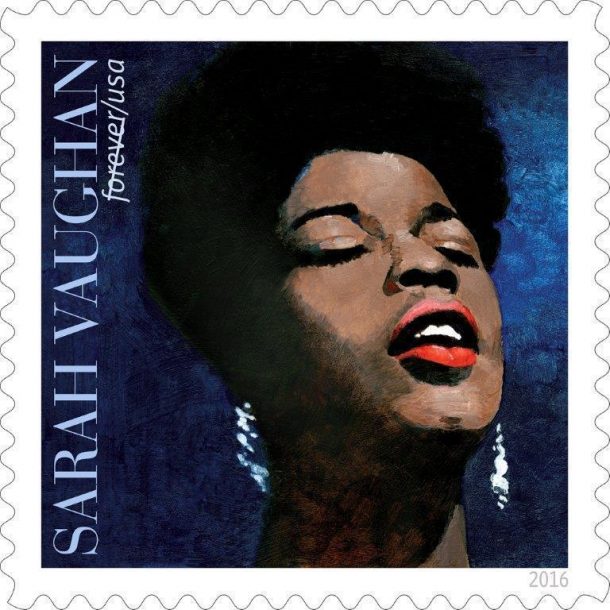 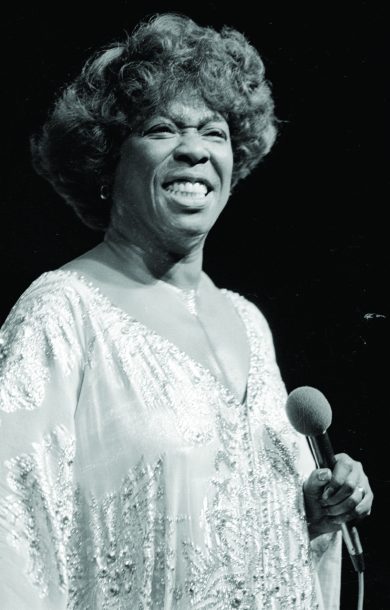 Resonance Records, with the cooperation of National Public Radio (NPR), will release Sarah Vaughan-Live At Rosy’s on March 25. The two-CD set comprises newly discovered recordings of Vaughan’s performance at Rosy’s Jazz Club in New Orleans on May 31, 1978.

The release includes nearly 90 minutes of music, some of which has never been previously broadcast, along with a 36-page book, and is presented in a six-panel digi-pak designed by Burton Yount. The book includes historic essays, interviews and memoirs by producer Zev Feldman; author and journalist James Gavin; journalist, author and critic Will Friedwald and many others.

Just after the release of the album, the U.S. Postal Service will honor Vaughan’s legacy by issuing a commemorative Forever Stamp. The ceremony will take place at the Sarah Vaughan Concert Hall at Newark Symphony Hall, 1020 Broad Street, Newark, N.J., at 11:00am, March 29.

According to a press release, “In February 2011, Resonance producer Zev Feldman connected with Tim Owens, the former producer of NPR’s weekly syndicated radio program, Jazz Alive!, which aired from 1977 to 1983 and won a Peabody Award. Owens mentioned to Feldman that he had tapes from the original broadcasts of the Jazz Alive! series, and that among these tapes were recordings of Sarah Vaughan’s 1978 concert performance at Rosy’s. Over the course of nearly four years, Feldman … tracked down all of the appropriate parties to ensure that this release would be fully endorsed and cleared by the Sarah Vaughan estate, plus by Walter Booker’s widow Bertha Hope, as well as the living band members Carl Schroeder and Jimmy Cobb and NPR Music in Washington, D.C.

JazzTimes is pleased to present a preview of “I’ll Remember April” from Sarah Vaughan-Live At Rosy’s.

Sixty years ago, pianist/composer Vince Guaraldi (1928-1976) released the album that would make him a star (and a Grammy Award winner): Jazz Impressions of Black … END_OF_DOCUMENT_TOKEN_TO_BE_REPLACED

JazzTimes is honored to present the premiere of the video for “Vanity” by singer Sara Gazarek. Written by Guy Wood (music), Jack Manus and Bernard … END_OF_DOCUMENT_TOKEN_TO_BE_REPLACED

To many readers of a certain age, it may seem unbelievable, but it’s true: Ten-time Grammy Award-winning vocal quartet the Manhattan Transfer is turning 50 … END_OF_DOCUMENT_TOKEN_TO_BE_REPLACED