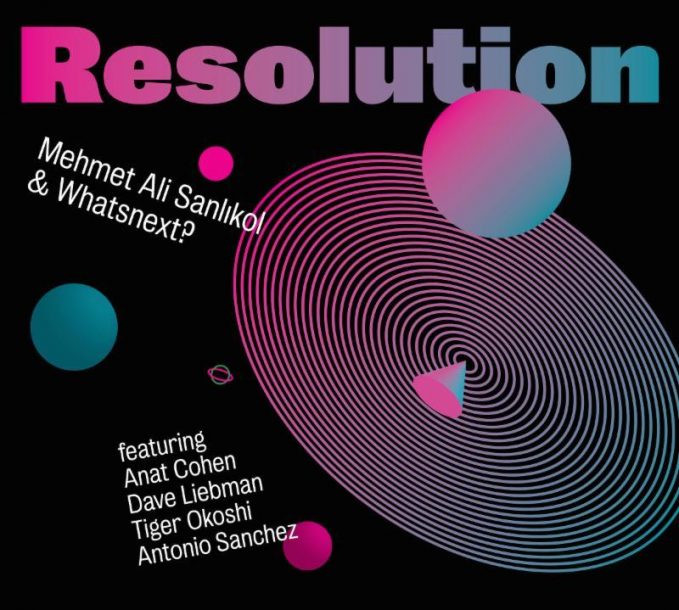 Multi-instrumentalist-composer Mehmet Ali Sanlikol and his orchestra Whatsnext? will release their new album, Resolution off DÜNYA on Sept. 23, picking up where Sanlikol’s What’s Next? from 2014 left off. Drawing heavily from Sanlikol’s Turkish roots, Resolution features performances from Anat Cohen, Antonio Sanchez, Dave Liebman and Tiger Okoshi. The album’s nine songs were each composed specifically for the artist, written after the artist agreed to be part of the project.

“I designed (the compositions) to make sure that it was these four specific artists that these pieces were written for,” Sanlikol said in a press release. “This was not a project where I brought them in to blow. Absolutely not.”

JazzTimes is proud to premiere a behind-the-scenes video of the recording process for “The Turkish 2nd Line,” the album’s opening song featuring clarinetist-saxophonist Anat Cohen.

On April 22, the world observed the 100th birthday of the great Charles Mingus. Among those celebrating in particularly appropriate style were the members of … END_OF_DOCUMENT_TOKEN_TO_BE_REPLACED

JazzTimes is honored to premiere a new rendition of a John Coltrane gem: “Syeeda’s Song Flute,” as performed by the Daniel Rotem Quartet. The track … END_OF_DOCUMENT_TOKEN_TO_BE_REPLACED

JazzTimes is honored to present the premiere of “Path to Macondo/Those Kind of Blues” by keyboardist, flutist, vocalist, and composer Brian Jackson. The track is … END_OF_DOCUMENT_TOKEN_TO_BE_REPLACED

JazzTimes is honored to premiere the video of “Make It Last” by vocalist Catherine Russell. The song, written by Dick Haymes and Bill Paxton, will … END_OF_DOCUMENT_TOKEN_TO_BE_REPLACED