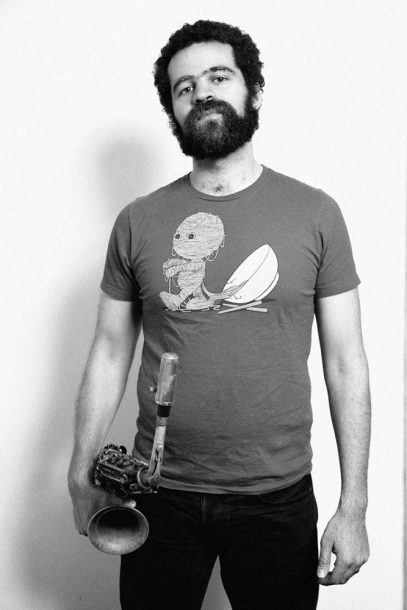 Some backstory on Chicago-based alto saxophonist Greg Ward’s new album, Touch My Beloved’s Thought, to be released July 8 via Greenleaf Music: Ward was commissioned by the Jazz Institute of Chicago to create a long-form work paying tribute to Mingus’ classic LP The Black Saint and the Sinner Lady. Collaborating with Ward and acting as an inspiration in his writing was a troupe of dancers choreographed by Onye Ozuzu. The resulting piece, which premiered at the Chicago Jazz Festival in August 2015, incorporates and recasts unsung, overlooked passages from Mingus’ album. This video, which JazzTimes is premiering here, captures the process of rehearsals and performance that took place last summer.

JazzTimes is also pleased to present a premiere of the track “Daybreak” from Touch My Beloved’s Thought.

On April 22, the world observed the 100th birthday of the great Charles Mingus. Among those celebrating in particularly appropriate style were the members of … END_OF_DOCUMENT_TOKEN_TO_BE_REPLACED

JazzTimes is honored to premiere a new rendition of a John Coltrane gem: “Syeeda’s Song Flute,” as performed by the Daniel Rotem Quartet. The track … END_OF_DOCUMENT_TOKEN_TO_BE_REPLACED

JazzTimes is honored to present the premiere of “Path to Macondo/Those Kind of Blues” by keyboardist, flutist, vocalist, and composer Brian Jackson. The track is … END_OF_DOCUMENT_TOKEN_TO_BE_REPLACED

JazzTimes is honored to premiere the video of “Make It Last” by vocalist Catherine Russell. The song, written by Dick Haymes and Bill Paxton, will … END_OF_DOCUMENT_TOKEN_TO_BE_REPLACED