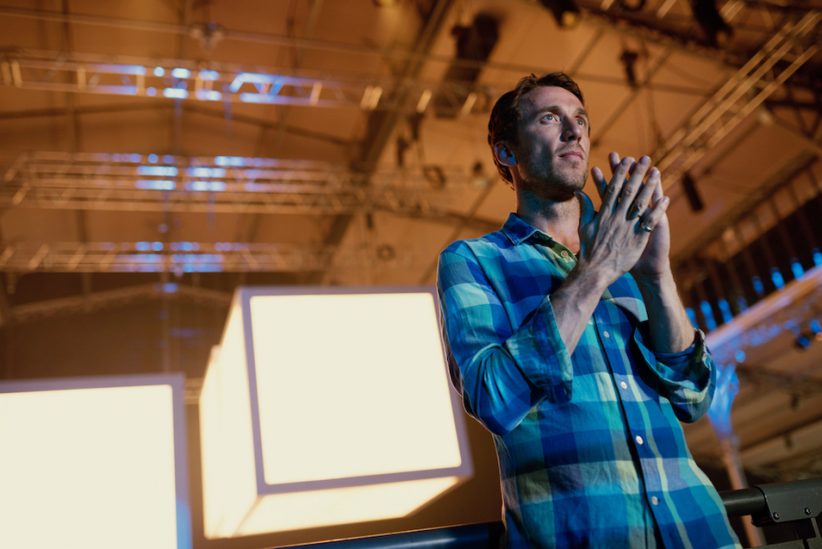 “Performing live is completely different to recording in the studio,” said Laurance in a press release. “Having toured this music extensively I got to the point where I really wanted to capture the unique energy and spontaneity of the live concert experience and include the dynamic between the band and the audience in the moment. The music is free from overdubs and post-production and it takes on a freshness in the live rendition.”

JazzTimes is proud to premiere a video of Laurance’s performance of “Swift” from Live at Union Chapel, which according to the release, “sounds massive with the West Side Trio injecting ominous strings into the arrangement and Laurance nimbly moving between piano, Fender Rhodes and synth to craft a hypnotic groove.”

On April 22, the world observed the 100th birthday of the great Charles Mingus. Among those celebrating in particularly appropriate style were the members of … END_OF_DOCUMENT_TOKEN_TO_BE_REPLACED

JazzTimes is honored to premiere a new rendition of a John Coltrane gem: “Syeeda’s Song Flute,” as performed by the Daniel Rotem Quartet. The track … END_OF_DOCUMENT_TOKEN_TO_BE_REPLACED

JazzTimes is honored to present the premiere of “Path to Macondo/Those Kind of Blues” by keyboardist, flutist, vocalist, and composer Brian Jackson. The track is … END_OF_DOCUMENT_TOKEN_TO_BE_REPLACED

JazzTimes is honored to premiere the video of “Make It Last” by vocalist Catherine Russell. The song, written by Dick Haymes and Bill Paxton, will … END_OF_DOCUMENT_TOKEN_TO_BE_REPLACED