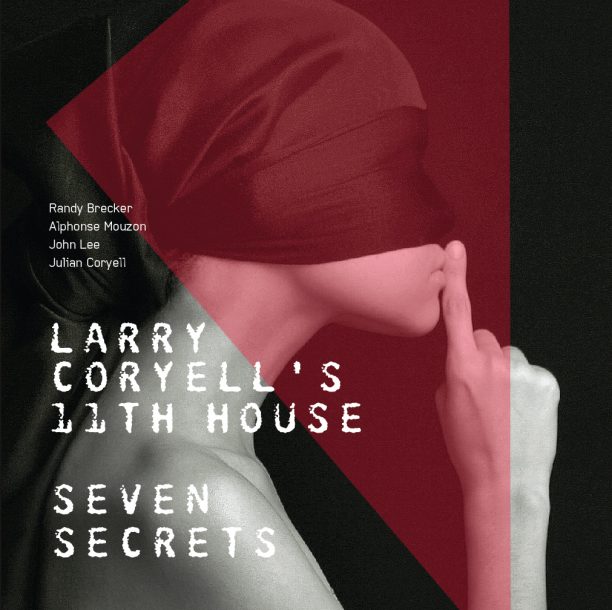 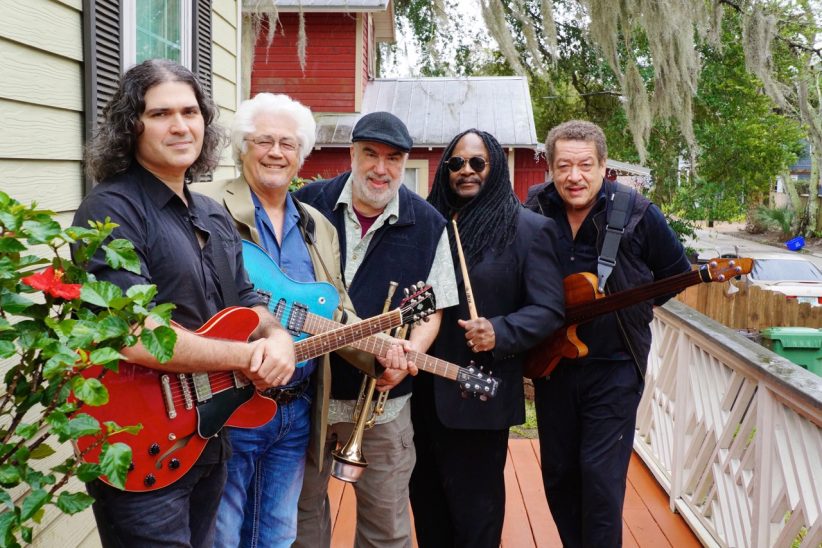 On June 2, Savoy Jazz will release Seven Secrets by Larry Coryell’s 11th House, the band’s first studio recording in 40 years and the only one since Introducing The Eleventh House with Larry Coryell to include founding members Coryell, trumpeter Randy Brecker and drummer Alphonse Mouzon. Rounding out the ensemble on the album are bassist John Lee and Coryell’s son, guitarist Julian Coryell.

As he did during the band’s original incarnation, Coryell relied on his bandmates to contribute original compositions for the album—Brecker with “Philly Flash” and “The Dip”; Lee adding “Dragon’s Way”; Mouzon penning “Having Second Thoughts,” “Some Funky Stuff,” “Zodiac” and the title track, “Seven Secrets.” Coryell composed the opener “Alabama Rhap Corollary, “Mr. Miyagi,” “Mudhen Blues” and “Molten Grace,” a solo guitar piece and our JT track premiere.

In a press release sent to JazzTimes, Coryell had stated, “In my opinion, jazz itself has not changed that much. So when you bring in talented all-stars like Randy, Alphonse, John and Julian, you get the same spirit as we had all those years ago. It’s still jazz the way we envision it, unique, exciting and open to genre-busting adventures. It won’t turn off any jazz lovers and we know it will excite people who aren’t quite sure if they like jazz—just as the vibe we and those other bands did in the 70’s.”

JazzTimes is proud to premiere “Molten Grace,” the fifth track from Seven Secrets.

On April 22, the world observed the 100th birthday of the great Charles Mingus. Among those celebrating in particularly appropriate style were the members of … END_OF_DOCUMENT_TOKEN_TO_BE_REPLACED

JazzTimes is honored to premiere a new rendition of a John Coltrane gem: “Syeeda’s Song Flute,” as performed by the Daniel Rotem Quartet. The track … END_OF_DOCUMENT_TOKEN_TO_BE_REPLACED

JazzTimes is honored to present the premiere of “Path to Macondo/Those Kind of Blues” by keyboardist, flutist, vocalist, and composer Brian Jackson. The track is … END_OF_DOCUMENT_TOKEN_TO_BE_REPLACED

JazzTimes is honored to premiere the video of “Make It Last” by vocalist Catherine Russell. The song, written by Dick Haymes and Bill Paxton, will … END_OF_DOCUMENT_TOKEN_TO_BE_REPLACED