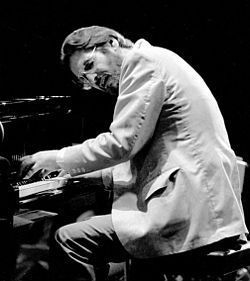 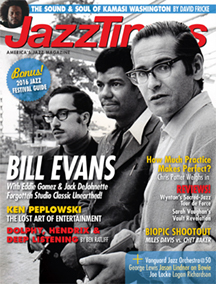 Resonance Records will release Some Other Time: The Lost Session From the Black Forest, a previously unknown and rare studio album by the Bill Evans Trio recorded on June 20, 1968, by German jazz producers Hans Georg Brunner-Schwer and Joachim-Ernst Berendt. The album, which has never before been issued in any form, will be released on April 16 in a special limited-edition hand-numbered two-LP set on Record Store Day, and as a deluxe two-CD set and a digital edition on April 22.

Bill Evans will also be featured on the cover of the May 2016 issue of JazzTImes.

JazzTimes is pleased to present the track “These Foolish Things” in advance of the album’s release.

Resonance has provided the following backstory on the recording:

“On June 20, 1968 at a studio session with Eddie Gomez and Jack DeJohnette at MPS Studios in Villingen, Germany (in the Black Forest), Bill Evans recorded for the first time ‘These Foolish Things,’ as a duet with Eddie Gomez. Composed by Jack Strachey, with lyrics by Eric Maschwitz, this recording is captured during a time when Bill Evans’s playing was transitioning into a more percussive phase, as he joined forces for a brief six months with drummer Jack DeJohnette. As Marc Myers describes in his essay in the CD booklet, ‘The material is an important audio document that sheds light on Evans’s transition from swinging romantic to percussive poet.’ His playing featured a ‘more robust, confident piano approach with pronounced chord and finger strikes.’ Recorded by the great German record producer and engineer, Hans Georg Brunner-Schwer and MPS Studios studio manager Joachim-Ernst Berendt, this unique studio session was recorded just five days after Bill Evans Trio’s award winning performance at the Montreux Jazz Festival. Discovered by a chance conversation at the JazzAhead conference in Bremen Germany, Producer Zev Feldman learned of these tapes when he met the son of Hans Georg Brunner-Schwer and discovered that family had these unreleased recordings in their archives. Feldman was convinced the world had to hear this music, which represents an under-documented chapter in Bill Evans’s creative journey.”

Pre-order on iTunes and receive 4 tracks instantly: “You Go To My Head,” “It Could Happen To You,” “These Foolish Things” and “How About You?”

On April 22, the world observed the 100th birthday of the great Charles Mingus. Among those celebrating in particularly appropriate style were the members of … END_OF_DOCUMENT_TOKEN_TO_BE_REPLACED

JazzTimes is honored to premiere a new rendition of a John Coltrane gem: “Syeeda’s Song Flute,” as performed by the Daniel Rotem Quartet. The track … END_OF_DOCUMENT_TOKEN_TO_BE_REPLACED

JazzTimes is honored to present the premiere of “Path to Macondo/Those Kind of Blues” by keyboardist, flutist, vocalist, and composer Brian Jackson. The track is … END_OF_DOCUMENT_TOKEN_TO_BE_REPLACED

JazzTimes is honored to premiere the video of “Make It Last” by vocalist Catherine Russell. The song, written by Dick Haymes and Bill Paxton, will … END_OF_DOCUMENT_TOKEN_TO_BE_REPLACED