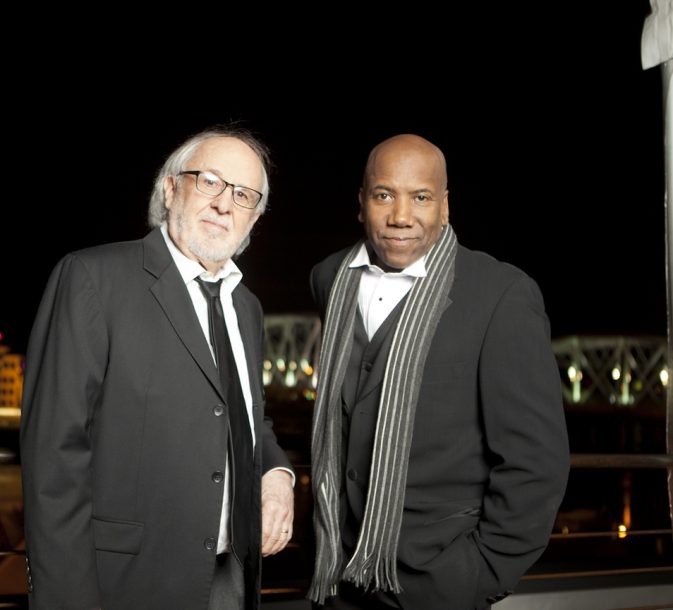 The New Cool, an acoustic offering by Fourplay founders Bob James (keyboards) and Nathan East (bass), will be released September 18 via Yamaha Entertainment Group. Recorded entirely in Nashville, the album was co-produced by Yamaha label president Chris Gero with James and East.

JazzTimes is pleased to present this exclusive premiere of the entire album!

You can also view the album trailer for The New Cool here.

To pre-order The New Cool digitally, go to iTunes

and for CD pre-orders (including instant downloads), go to ‎Yamaha.

On April 22, the world observed the 100th birthday of the great Charles Mingus. Among those celebrating in particularly appropriate style were the members of … END_OF_DOCUMENT_TOKEN_TO_BE_REPLACED

JazzTimes is honored to premiere a new rendition of a John Coltrane gem: “Syeeda’s Song Flute,” as performed by the Daniel Rotem Quartet. The track … END_OF_DOCUMENT_TOKEN_TO_BE_REPLACED

JazzTimes is honored to present the premiere of “Path to Macondo/Those Kind of Blues” by keyboardist, flutist, vocalist, and composer Brian Jackson. The track is … END_OF_DOCUMENT_TOKEN_TO_BE_REPLACED

JazzTimes is honored to premiere the video of “Make It Last” by vocalist Catherine Russell. The song, written by Dick Haymes and Bill Paxton, will … END_OF_DOCUMENT_TOKEN_TO_BE_REPLACED