From the album Stretching Supreme
Buy it now!

Download the FREE MP3 track Love Supreme, Part 1: Acknowledgement by filling out the form below.

“A sax bad boy that knows his stuff pays tribute to Coltrane and doing a fine job interpreting music that lives on 60 years later…Count on this journey through the past to hit all the right notes at every turn.” — Midwest Record

“An excellent CD…Wilson was able to achieve Trane’s massive tone, and he really has managed to duplicate his rich, vibrato less sound on tenor, which is a miracle in itself.” — The Art Music Lounge

“Wilson and his teammates are clearly invested in the enterprise, musically and emotionally… there is enticing jazz to be uncorked here and handsome solos.” — All About Jazz

“…digs deep, finding the spiritual core of these pieces…spellbindingly beautiful.” — Making a Scene

“Wilson’s post-bop flavored presentation showcases his love of John Coltrane’s influence and skills, but clearly spotlights Wilson’s own dexterity and style on woodwinds. You will enjoy his free form exploration of this music, especially on his singular, original composition… an innovative project that I enjoyed from start to finish.” — Musical Memoirs

Five of the compositions on Stretching Supreme were recorded live at Chris’ Jazz Café in Philadelphia in 2017, while two others were also recorded live at Chris’ at a 2018 performance. Wilson plays tenor and soprano sax, clarinet, and flute. He is also a composer, arranger, bandleader, teacher, and entrepreneur. He began studying the clarinet when he was in fourth grade but switched to the sax after he bought “Live at the Village Vanguard”, an iconic Coltrane recording whose lyrical and emotional quality captured Wilson’s imagination and set him on his journey.

His interest in improvisation and love of Coltrane’s music ineluctably set him on the path to becoming a jazz musician. There were no edits or overdubs, and the recording represents the full, exciting sound and impressive improvisatory chops of the band. Dave Wilson is not a player concerned with making an album for commercial tastes. For him, music is a personal statement as well as an art. He is guided by his love of improvisation, emotional intensity, and spiritual cognizance.

On Stretching Supreme, he takes John Coltrane’s music and stretches it in a shape that adheres to his own vision of his music and the world.

Thank you jazz radio, journalists, and jazz vocal lovers around the world for your support of SING A SONG OF BIRD, the music of Charlie … END_OF_DOCUMENT_TOKEN_TO_BE_REPLACED 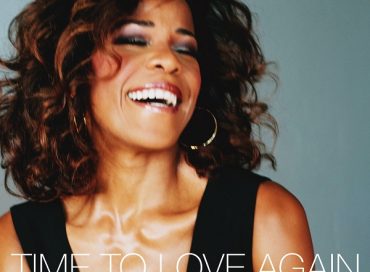 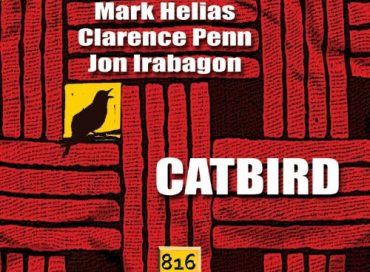 Catbird is the latest album from keyboard player and pianist Uri Caine, Recorded right before the pandemic, the 13 original compositions by Caine also features … END_OF_DOCUMENT_TOKEN_TO_BE_REPLACED 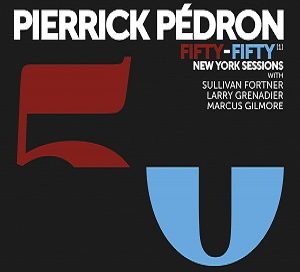 PIERRICK PÉDRON MARKS TURNING 50 WITH A BANG: A DOUBLE ALBUM CALLED “FIFTY-FIFTY“ “50“ is a nice, round, imposing number. To honor it, the French … END_OF_DOCUMENT_TOKEN_TO_BE_REPLACED