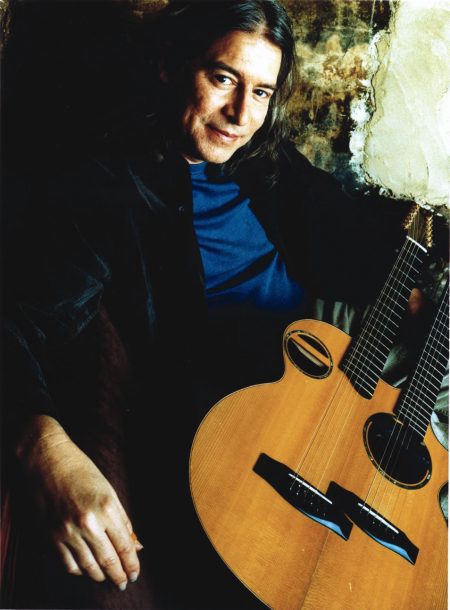 “Every song Renato and Maria perform is a journey, an intoxication of sound garnished with spontaneity that transcends style and instrument limitations. The line between singing, playing, interpreting and creating, vanishes completely when this duo occupies the stage with their magnetic presence!”

Renato Diz and Maria Quintanilla released their debut duo album “Distance Chemistry” this June 30, 2016. They take on eternal classics and garnish them with their irresistible touch, a touch that arises from their cultural backgrounds (Portugal and Peru) as well as the unique story behind their collaboration…

Not bound by style or instrumental limitations they decided to create their debut album entirely upon completely improvised arrangements of songs that marked their musical growth during their formative years.

Each song is an invitation to a journey filled with unexpected turns and in-between colors that will demand the listener’s attention in every second.

Masterpieces like “Strange Fruit”, “Calling You”, “Just The Two Of Us” and “Autumn Leaves” are rediscovered, deconstructed and rebuilt with singular twists from the ever-evolving pianism of Renato Diz and the powerfully elastic voice of Maria Quintanilla.

Yazhi Guo, received his Artistic Diploma from Berklee College of Music 2015, is widely known as “THE” best Suona player in Asia. He graduated from … END_OF_DOCUMENT_TOKEN_TO_BE_REPLACED