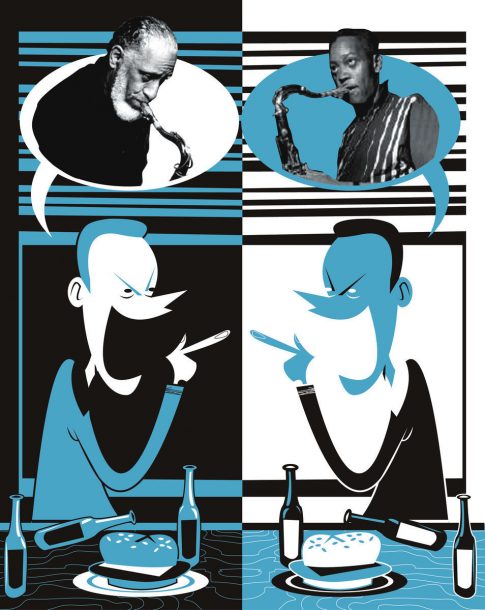 Miki Gavrielov is one of the most loved, cherished, and popular singers in Israel. He was born in Israel, Tel Aviv, in 1949. Miki is one of the founders of Israeli music, and he continues to play a major role in the development of the cultural and musical life of Israel. He began his career primarily as a songwriter, but through the years has enlarged his role to include performing as well. Miki’s achievements have been matched by steadily increasing public recognition. His songs are sung by other top Israeli singers, as well as by himself, but most of all by the people of Israel.

He started his career as a member of a Rock & Roll band variously named “The Churchills”, “Jericho Jones”, and “Jericho”. After that, he continued to write and perform with fellow member Arik Einstein, one of the Israeli most famous singers. Following this Miki worked with various other singers.

Miki’s first album released in 1983, and since then he has released 15 albums. In1990 he released a solo album entitled “Winter Story”. In preparing this album, he collaborated with an ethnic band from Azerbaijan using traditional instruments, such as Camancha, Tar, and Nagra.

Drawing on the Turkish background of his ancestors, Miki then released “Dreaming of my Home” (1991), a tribute to his parents, an album that he recorded in Israel and Turkey, together with the famous Turkish singer Selda Bahajan and several Turkish musicians. They performed during the Israel Festival 2002 at the “Sultan Pool” in Jerusalem in which they all sang together in Hebrew the songs that were translated from Turkish. In 1993 he released his album, ” At the Palm of my Hand”. This was recorded in Bulgaria using both Bulgarian and Gypsy musicians. The back-up singers on the album were a trio of the “Mystery Voices of Bulgaria”. “A House and A Guitar” (1995) is a live-concert album that was a tribute to the new peace agreement between Israel and Jordan; the performances included a band as well as a noted woman singer from Jordan. The recording of this album was done at shows in both Israel and Jordan, including a huge concert during The Israel Festival in Jerusalem. It was the first concert to include Jordanian and Israeli musicians.

Miki Gavrielov’s songs are sung throughout the world, from the Philippines to Sweden to the USA. he was honored by the Israeli organization of writers and composers “Acum” with the Composer award in 1991 and with the Lifetime Achievement in Music award in 2007 He has composed over 800 songs, and has released 15 solo albums and collaborated with other singers on another 18 albums.

Yazhi Guo, received his Artistic Diploma from Berklee College of Music 2015, is widely known as “THE” best Suona player in Asia. He graduated from … END_OF_DOCUMENT_TOKEN_TO_BE_REPLACED