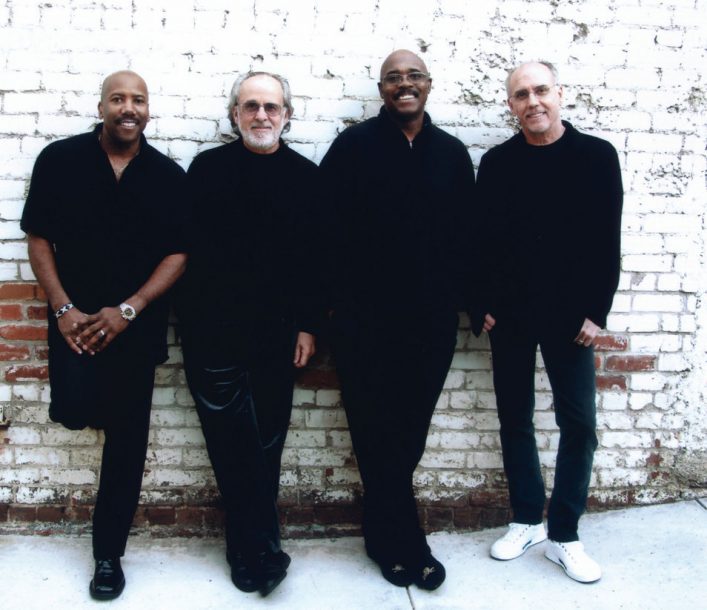 With countless recordings and performances to his credit, Mark Lamson is highly sought after for his integrity, experience, and expertise in a broad range of musical styles. While Mark’s repertoire includes R&B, rock, latin jazz, New Orleans brass band, funk, country and hip hop, his true mastery and passion lies in fusing the popular and traditional music of Brazil and Cuba with modern American and Latin American styles. One of MarkÕs greatest achievements to date has been the creation, recording and performance of Bata Ketu with San Francisco musician, Michael Spiro. Conceived as a fusion and interplay of Afro-Cuban and Afro-Brazilian folkloric music, Mark and Michael produced the CD in 1996, and it is hailed around the world as being a landmark recording. It is registered with the Smithsonian Institute and has received funding from the Rockefeller Institute.

Mark is the Director, Manager and lead percussionist for SOL e MAR, a dynamic Brazilian/Latin and Caribbean music and events collective which he co-founded in 1985. Mark has performed with Sergio Mendes and The Los Angeles Philharmonic at the Hollywood Bowl. He has also played with Harry Belafonte, opened for Ivan Lins and The Neville Brothers, and has performed at numerous jazz, Carnaval, and street festivals including San Diego Street Scene, San Francisco’s Carnaval, the Stanford Jazz Festival, and the Mardi Gras Ball at the Palladium in Hollywood, CA. As a Production co-ordinator, Mark has been contracted by numerous Fortune 500 clients to plan and produce large scale events with up to 10,000 in attendance. Mark is considered a key go-to person for quality entertainment by San Diego’s top event planners. Mark is recognized around the globe for his abilities as an educator and workshop clinician.

Yazhi Guo, received his Artistic Diploma from Berklee College of Music 2015, is widely known as “THE” best Suona player in Asia. He graduated from … END_OF_DOCUMENT_TOKEN_TO_BE_REPLACED