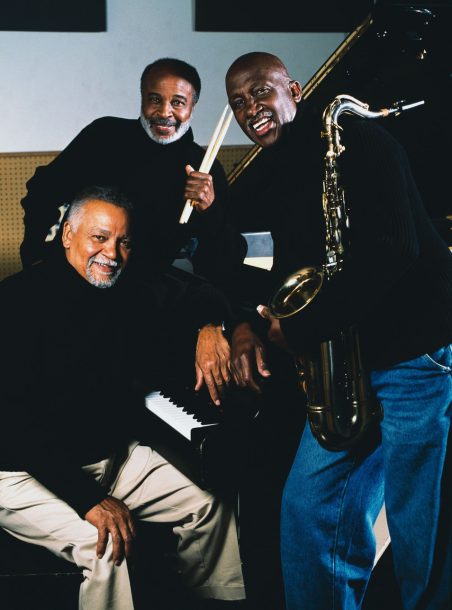 Joe Sample and the Jazz Crusaders 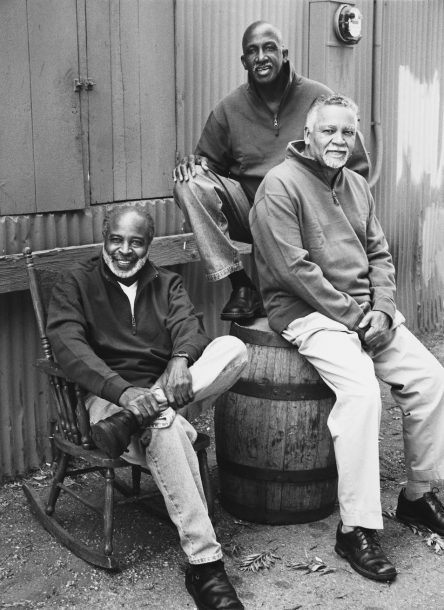 Jay Smith has performed with dozens of groups all over California, France, Italy, Germany, and Spain in a wide range of music, from bebop and gypsy jazz to latin rock and funk.

Along with drummer Jonathan Martinez, Jay founded The Modern Jazz Trio, which was featured in Bakotopia Magazine, the Bakersfield Californian and FACE Bakersfield, among others. He has been on several radio stations and TV stations including Bakersfield’s Channels 17, 23, 29/58, Brighthouse Bakersfield on Demand and 107.1 FM KRAB as well as several times on Fresno’s 90.7 KSFR to name a few.

In 2010, two of his bands (the Modern Jazz Trio and Kelulu) were selected as Featured Artists on the Global Level on Reverbnation.com. Smith was also selected as part of the Best of Kern Concert Series (http://kernconcerttour.webs.com/)

He is a regularly featured artist and lead instructor at the Bakersfield Jazz Workshop.

Here’s what people are saying about Unashamed Portrayal

Jazz for a new generation

Not to sound snobbish or one of those record store clerks, but there’s a lot of great current music out there, sometimes you just have to look beneath the surface – whether it be indie rock, rap, funk, psychedelic, pop, blues. And previously unbeknownst to me, apparently modern jazz is good too.

Most music magazines and websites don’t say much about jazz, and after listening to this record, I’m not sure why. “Unashamed Portrayal” draws from a lot of great times periods – mainly early ’70s jazz to my ears. But it’s also forward-looking, incorporating modern various styles of modern music.

I could see this having crossover potential, too. Andre Bush’s guitar playing sounds unreal, especially on some of the longer tracks. In fact, great, energetic instrumentation isn’t hard to find on this album. I dig the saxophone and trumpet. And of course, Jay Smith, who leads this circus, vacillates between wailing on his keyboard and playing moody tones. This is a jazz record for jazz aficionados and modern music fans alike. Highly recommended, opened my mind to this generation’s jazz.

One of my favorite albums to come out by an amazing group of supremely talented musicians. Jay has done an excellent job composing and arranging the music. It is the perfect album for listening in most any situation or time of day.

On “Alegna,” the song’s nightmarish abstract intro builds before segueing into an in-the- pocket funk romp, courtesy of bassist Jay Hicks and drummer Jonathan Weinmann, who stir up a fury behind the free play of Grammy-nominated guitarist Andre Bush. Saxophonist Chris Nguyen, trombonist Joe Vazquez, and trumpeter Mark Manda follow before Hicks and Weinmann return for the final resolve. Leading the band is Smith on keyboards, pouring on the equally funky layered Stevie Wonder-ish synth groove. It’s raw, loose and at times exhausting at 15 minutes, but, according to Smith, just a facet of his overall vision.

Smith, 28, appreciates the classics, but he also has an eye to the future. He wants to pick up where more experimental jazz musicians like Miles Davis left off in the 1970s – before the arrival of smooth jazz. “Alegna,” the 15-minute opener of “Unashamed Portrayal,” is certainly ambitious. Smith’s lively keyboard and funk bass lines drive interweaving flourishes from an electric guitar and soulful trumpet, among other instruments that dive in and out of the mix. Other tracks are less sprawling, but a freewheeling mood remains throughout.

Yazhi Guo, received his Artistic Diploma from Berklee College of Music 2015, is widely known as “THE” best Suona player in Asia. He graduated from … END_OF_DOCUMENT_TOKEN_TO_BE_REPLACED