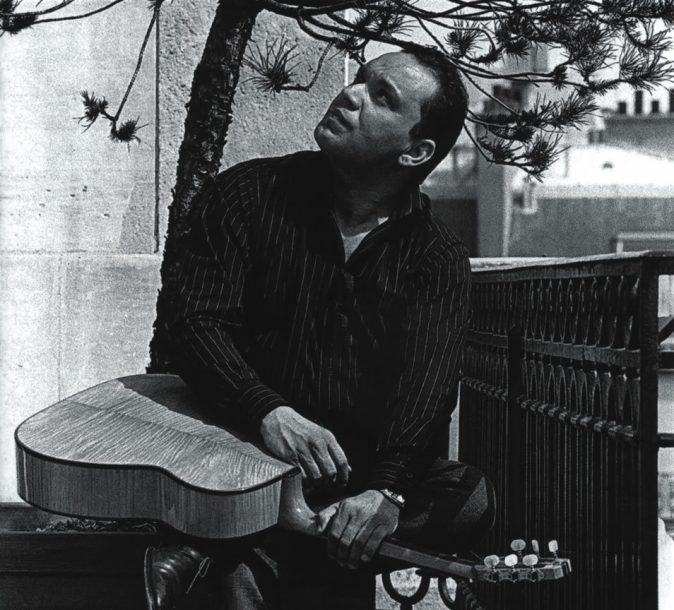 Casenave, who has called New York City home for two decades, is a three times Latin Grammy Award Nominee, Steinway Artist, and ACE Awardee. He graduated with honors from Berklee College of Music, where he was selected as one of the ten best composers from Berklee in three decades.

Originally from Montevideo, Uruguay, Gustavo Casenave, pianist, composer, producer, and former Director of the Jazz Department at the Harbor Conservatory for the Performing Arts in New York City, is considered by the Uruguayan press as “one of the best pianist our country has” (Diario El Pais – Uruguay).

For 20 years he has been touring extensively across the globe, appearing at numerous venues in Europe, Asia, and South, Central, and North America, and presenting his music with different Jazz, Tango, and chamber ensembles. With more than 20 years of teaching experience in New York Florida, Uruguay, and Austria, he also is a current guest artist for master classes and lectures at The Juilliard School.

Casenave was Bette Midler’s Musical Director for two years, and her accompanist and private teacher. He also was commissioned to do an arrangement of one of his original compositions, for the ensemble “The twelve cellists of the Berlin Philharmonic”, and co-wrote, arranged, and recorded the Tango” Volvere” with actor Robert Duvall, which premiered at the Kennedy Center in Washington D.C. He performed and recorded with several Grammy and Oscar award winners, and many other internationally acclaimed artists, including Yo-Yo Ma, John Patitucci, Mark Egan, Jane Ira Bloom, Manolo Badrena, John Benitez, Federico Britos, Miguel Zenon, Avishai Cohen, Neil Sedaca, Charlie Persip, Pedro Giraudo, RayVega, Hector del Curto, Roland Gebhardt, Ruth Brisbane, and Curtis Lundy.

His discography includes 21 albums as a band leader, and appearances in other artist projects. In 1999, he won the international “Belgian Artistic Promotion” award at the Europe Jazz Contest 1999, and was the composer for the feature film “La Cascara”, which won many awards worldwide.

Yazhi Guo, received his Artistic Diploma from Berklee College of Music 2015, is widely known as “THE” best Suona player in Asia. He graduated from … END_OF_DOCUMENT_TOKEN_TO_BE_REPLACED