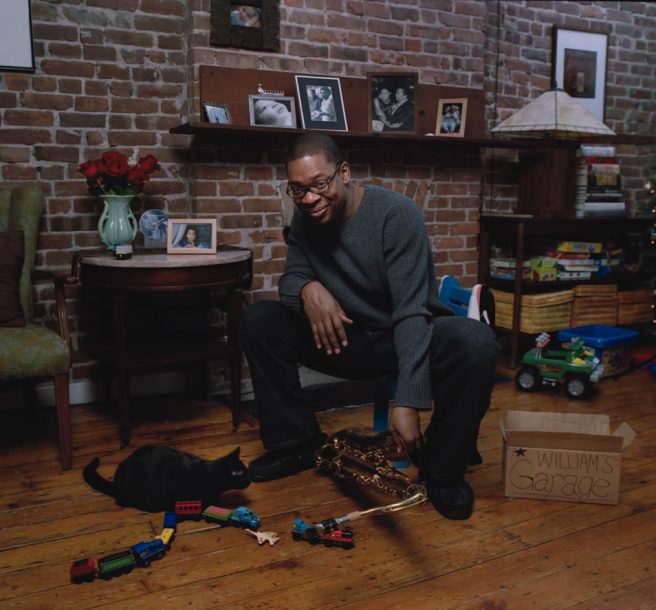 Gabrielle has toured the states with Wynton Marsalis and the Jazz at Lincoln Center Orchestra performing Marsalis’s Abyssinian: A Gospel Celebration. She has appeared as a soloist with the Nelson Riddle Orchestra and the Cincinnati Pops, was a finalist for the international 2011 Shure-Montreux Jazz Festival Vocal Competition and was the 1st runner-up at the 2009 Jazzmobile Vocal Competition in Harlem. In 2015, she was given the Backstage Bistro Award for “Jazz Vocalist” and the MAC Award for “Best Female Vocalist.”

Gabrielle’s triumphant engagement at Feinstein’s/54 Below earlier this season was praised by The New York Times for its “intense joy” and “voluptuous delight.” She recently returned from concerts in Azerbaijan, Moldova, Slovenia and Malta as part of the U.S. State Department’s “American Music Abroad.” In October, she co-starred in world premiere of Rooms of Light, the new song cycle with music by renowned jazz pianist Fred Hersch and December marked her second annual performance at the Jonathan Schwartz Christmas Show opposite John Pizzarelli, Karrin Allyson, Bill Charlap and more. She sang with the Santa Rosa Symphony opposite Billy Stritch in February, appeared at the 92nd Street Y “Lyrics and Lyricists” in March and headlined the Eleuthera Jazz Festival in the Bahamas in April. Gabrielle’s intimate piano/vocal duet recording Stairway to the Stars with Michael Kanan (Jimmy Scott, Madeleine Peyroux, Jane Monheit) was just released.

Waiting in Vain, Gabrielle’s adventurous debut record, was named “Album of the Week” by WNYC/New York Public Radio. Highlights include “So What Boy,” which blends the Miles Davis jazz classic with the Buddy Holly pop hit; a haunting reinvention of the Peter, Bjorn and John 2006 global chart smash “Young Folks”; and a lilting version of the Bob Marley song title song; in addition to the standards “Skylark,” “In A Sentimental Mood” and “Love For Sale.”

Her podcast “Big Modern Music with Gabrielle Stravelli” features interviews with stars of jazz, pop and beyond. The latest edition features special guest Hilary Gardner, the jazz singer who discusses her latest album The Great City and her vocal trio Duchess. The first two shows features conversations with the singer and songwriter Sachal and two-time Grammy nominated vocalist Jane Monheit. All episodes are available on iTunes.

Her upcoming album of original material is produced by David Cook (Taylor Swift, Jennifer Hudson, Marianne Faithfull) and its debut single “Dream Dancing,” a passionate reworking of the Cole Porter classic, is currently available on iTunes.

Yazhi Guo, received his Artistic Diploma from Berklee College of Music 2015, is widely known as “THE” best Suona player in Asia. He graduated from … END_OF_DOCUMENT_TOKEN_TO_BE_REPLACED