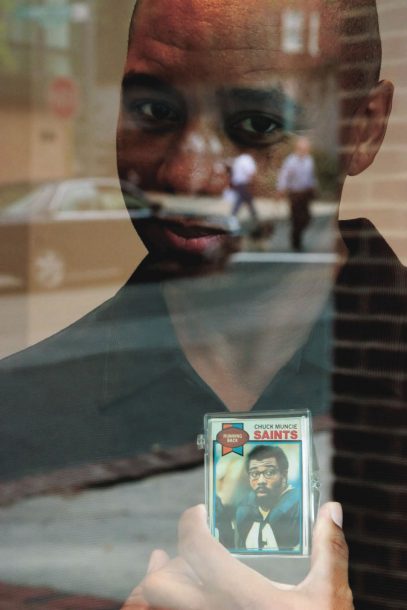 Originally from Santa Clara, Cuba, Francisco Céspedes Fabian Rodriguez, as is his real name, he knew from very young that he had to abandon his medical career to focus on what really made the blood run through his veins: music. The pace and all the romance in him should flow somehow and what better way to show that his experiences through his songs.

That was why for many years formed part of some Cuban groups like the group of Pucho Lopez (with whom he visited Spain for the first time in the early 90s) and the Group of Demetrio Muñiz, a group with singing both issues of authorship as the “feeling”, with the latter, Céspedes came to Mexico, where he decided to reside. In 2003 he naturalized Mexican, chosen as outstanding personality in music in Mexico.

Since his arrival in Mexico Francisco began performing in nightclubs; as he had done years before in Cuba. For him it was more important that people know his music, so he continued performing in bars in the capital of the Republic.

In 1992, just as Luis Miguel was selecting the items that would be part of “Aries”, it decided to include a song written by Céspedes entitled “Thinking of You”, which became one of the most popular songs from that album , thus starting his first stage in the international music composer; another theme sung by Luis Miguel Francisco in 1996 was: “What you’re going” himself who was part of the album “Nothing is the same.” In addition to Luis Miguel, outstanding performers have chosen to include issues Céspedes in their repertoire, such as Minna, Placido Domingo, Alejandro Sanz, Alejandro Fernandez, Armando Manzanero, Rafael, The Presets, Daniela Romo, Milton Nascimento, Ana Belen, Paul Milanes, Pandora, and more.

A couple of months ago to publicize his first solo album “Crazy Life”, Francisco Céspedes, participated representing Mexico in the Festival de Viña del Mar 1997 with the song “I’m talking about you,” he had written in Cuba years back, remaining in second place in this very famous music festival in Latin America.

It is just after the success Vine and after reaching their songs deserved recognition, Francisco Céspedes in 1997 he records his first solo album entitled “Crazy Life”. It showed all the experiences he had had in recent years, achieving a sensitivity and love full album that became one of the most successful in Mexico, Colombia, Spain, United States, Peru, Venezuela and Chile where topics such as “Vida Loca”, “It seems to me”, “Swirl”, “Lady” and “Everything is a mystery,” were placed in the first places in the charts.

During 1998 and 1999, Francisco Céspedes made an extensive tour visiting the most important countries of Latin America and Spain, a country which was presented several times during the year due to the huge success of “Vida Loca” album which won quintuple platinum in that country, as well as 3 Premios Amigo as “Best Newcomer Latino”, “Best Latin male solo” and “Best Latin Album”, an Ondas Award for “Latin artist revelation 1998″ and “The Music Prize “Artist of the Year in Spain.

He was invited to sing in Spanish at the wedding of Barbra Streisand, by Andre Midani at David Foster.

Then he would come “Where is the life …” (1999), in Mexico album reached platinum record for sales, and international success because the single output “Where is life …” was the theme of the telenovela “The Beach House” and the United States sold more than three hundred thousand copies in its first month of departure.

Following the steps of his first album “Vida Loca”, Céspedes recorded “Oh Heart” in Mexico City between March and September 2002, this being his third studio album. The last studio album allowed Francisco Cespedes establish itself as a great composer and musical quality and maintain its international recognition intact. In 2004, Francisco Céspedes records “They say the soul” / albums, including the duets “Swirl” with Ana Bethlehem and “Vida Loca” with “Milton Nascimento”.

In 2005, Francisco Cespedes gives us her “Self Portrait” (Okan Eyo), recorded in Cuba, where every song feels should be accompanied by a single instrument, making this ALBUN unique. Céspedes in 2006 returns with a new tribute album to legendary Cuban musician Ignacio Villa, known internationally as “Snowball”. A disc with 12 unforgettable songs that made famous Bola de Nieve, the voice of Francisco Cespedes.

As if that were not enough, participation in the internationally renowned piano Gonzalo Rubalcaba, make an album for lovers of the great songs of Unique Snowball.

Rubalcaba lawns and along with Ignacio Berroa on drums and Carlos del Puerto Jr. on bass, give life to these jewels of Latin American music for decades exported to countries like Mexico, Spain, France, Brazil, Portugal, United States and all and each of the countries where “Ball” was ambassador of music.

All these themes of authors like Maria Grever, Chabuca Granda, Eliseo Grenet, the Expósito brothers, She O’farrill and self Ignacio Villa, besides the issue homage Carlos Varela “Snowball” that gives a spectacular close to this album that could be classified as a worthy drive seen in World Music.

This new material Céspedes also includes a DVD with a documentary that went from being a simple EPK to become a documentary emotions. With the permission of Ball she earned a Grammy nomination in 2007.

In September 2007, he was awarded the Award for Excellence in LATIN AWARDS NATIONAL PRIDE (Latino Pride Award) Boston.

The June 9/2009 went on sale its record material is titled “YOU REMEMBER …” Songs with which he grew up ethically and aesthetically; Accompanied by maestro Gonzalo Rubalcaba on piano, Ignacio Berroa on drums, Armando Gola on bass, French accordionist Richard Galliano on accordion and others exelentes musicians.

PUT YOUR FOOTPRINTS ON THE WALK OF FAME IN MEXICO. Which also receives year after the Star on the promenade.

AS ACTOR: He made the Spanish dubbing of movies: Dream Word “Prince of Egypt” Gethro character and Disney’s “The Princess and the Frog” in the latter, the character of Louis the alligator, also singing the theme of character.

Featured in Mexico (2014) Musical Artwork CAT in GATUSALEM character, labeled by critics as one of the best interpretations of the character criticism.

Francisco Céspedes presented its 2011 ALBUM (DVD-CD) LIVE: ENTITLED “Closer to you”. The concert was recorded live from a small bar in Monterrey, Nuevo Leon.

The May 9, 2011 received the Medal Agustin Lara, the first personality is not born in Mexico, to receive this distinction.

2012 LAUNCHES THE DISCO “ARMANDO A PANCHO” WITH THE MASTER Armando Manzanero. In which Master Manzanero sings songs Céspedes Céspedes and Manzanero sings the songs. That has always recognized as divine. WHICH THREE months after its launch WIN gold record for its high sales.

IN AUGUST 2015 RECEIVES STAR ON THE WALK OF FAME IN TIJUANA.

“Still” is the name that Francisco Cespedes presents his new album, commanded by himself and by his great friend Aneiro Tano, who produced their first three albums; the title refers to Céspedes still here, returns to its origins.

Francisco Céspedes one of the most emblematic singers-authors; He announces return and experiencing one of its best creative and musical moments; and returns with new album which it serves as executive producer. All tracks on the album are previously unreleased songs written Cespedes own, except for one that was written by his brother, Miguel Angel Cespedes. In addition to start tour with the same name titled “STILL” with which delight the public with their greatest hits and the songs that integrate his new album.

Yazhi Guo, received his Artistic Diploma from Berklee College of Music 2015, is widely known as “THE” best Suona player in Asia. He graduated from … END_OF_DOCUMENT_TOKEN_TO_BE_REPLACED