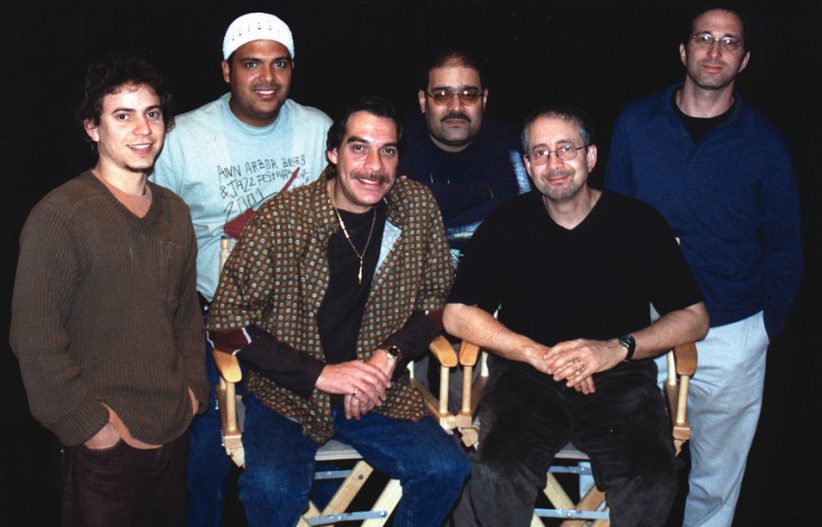 Born and raised in Houston, Texas, Ed Wise began his study of the string bass at the age of twelve. At fifteen, he discovered jazz and began a life-long love affair with America’s original art form. At seventeen, Ed was already a member of the Houston AF of M local, performing with Houston’s legendary tenor saxophonist Arnett Cobb and sitting in at local jam sessions with Sonny Stitt, Rashaan Roland Kirk, Eddie “Lockjaw” Davis, and others.

After high school, Ed studied music at the world-renowned University of North Texas (formerly North Texas State University), earning both bachelor’s and master’s degrees. As a graduate student, he conducted one of the university’s twelve jazz ensembles while playing bass in the school’s famous “One O’clock Lab Band”. He also provided bass accompaniment for visiting name jazz artists, including Tom Harrell, Frank Foster, J.J. Johnson, Kenny Barron, and others.

In 1989 Ed moved to Toronto where he established himself as one of the busiest jazz bassists in Canada. He worked with the great Lee Konitz and toured with Monty Alexander, the legendary Harry “Sweets” Edison, Scott Hamilton and Bud Shank.

1993 saw Ed heading back south, this time to New Orleans, where he lived and worked until August 29, 2005, the day Hurricane Katrina came to town. During his twelve-year tenure in the Crescent City, he performed with and arranged for Al Belletto’s Big Jazz Band and sextet, Connie Jones’ Crescent City Jazz Band, pianist Henry Butler, guitarist Herb Ellis, and pianist/vocalist Mose Allison. In 2005, Ed appeared with Connie Jones’ Crescent City Jazz Band at the winter and summer Umbria Jazz Festivals in Italy.

In 1997, Ed began an eight-year-long association with the Delta Queen Steamboat Company, working in several positions in the entertainment department aboard the company’s three vessels. In 2003, Ed became the bandleader/bassist aboard the legendary steamboat Delta Queen until Katrina’s devastation cut the 2005 cruising season short and, ultimately, contributed to the company’s demise.

In March of 2005, he recorded his first CD “Ed Wise and his New Orleans Jazz Band”, featuring his original and imaginative arrangements of traditional New Orleans jazz for 8, 9 and 10-piece ensembles. And In April of that same year, Ed Wise received the honor of being named one of New Orleans’ “Jazz All-Stars” in New Orleans Magazine’s annual Jazz All-Star issue.

Arriving in Philadelphia in the wake of Katrina, Ed quickly became a fixture on the Philly music scene. These days, he can be seen and heard all over Philadelphia and the surrounding area. Early on in his residency in Philly, Ed assembled his current working band, named, like his CD, “Ed Wise and his New Orleans Jazz Band”, which has become a mainstay on the east coast’s traditional jazz and swing circuit. And, less than a month after he arrived in Philly, Ed was tapped by the University of Pennsylvania to serve as musical director for the school’s jazz band, “Penn Jazz”. Ed is in his sixth year with this young and exciting organization.

Currently, Ed’s touring schedule is quite full, including several annual jazz festival appearances across the country with the Midiri Brothers Band. And Ed returns to New Orleans several times each year to perform with Connie Jones, Banu Gibson, Tim Laughlin and other New Orleans notables at French Quarter Festival and JazzFest and across the Crescent City.

As if performing, touring and recording weren’t enough, Ed also finds time to serve on the Board of Directors of the Tri-State Jazz Society.

Yazhi Guo, received his Artistic Diploma from Berklee College of Music 2015, is widely known as “THE” best Suona player in Asia. He graduated from … END_OF_DOCUMENT_TOKEN_TO_BE_REPLACED