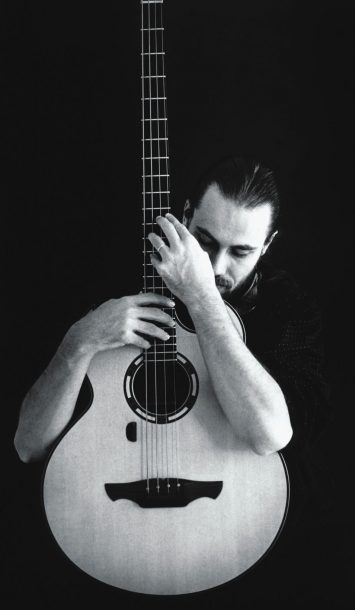 Donnie Walsh thinks a hat might make a difference.

“Something that will help the band fit in … or stand out,” says the veteran Canadian bluesman by way of explaining the title of the new Downchild album, I Need A Hat. It’s a joke, of course. Downchild doesn’t need a hat, or a ticket, a tag, a bag, a niche, or a flashing neon sign.

Forty years on, Downchild remains a blues force, true to itself and without equal.

For just about every waking moment of the four decades since he formed the Downchild Blues Band -Canada’s best known and best loved blues outfit – Walsh has been living the dream that changed his life back in the early 1960s, when someone dropped a Jimmy Reed album onto the turntable at his girlfriend’s 16th birthday party in suburban North Toronto. It’s a moment Walsh – he also answers to his “given” name, Mr. Downchild, taken from a song by Sonny Boy Williamson II – says he will never forget. “That was it. I was hooked. I never wanted to play anything else.” He drove his girlfriend crazy learning Reed’s lip-splitting harmonica technique, then James Cotton’s. He locked himself away from the world while he picked apart Muddy Waters’ and Albert King’s guitar licks, reconstructing them in his own inimitable style on a beat-up electric guitar. And when he did venture out, it was to one of Toronto’s legendary blues dives to catch his heroes Luther Allison, B.B.

King, Buddy Guy and Junior Wells, all of them regular visitors in those days to Walsh’s hometown, Canada’s blues capital. Walsh was a good student. He is recognized around the world as both a blues harp virtuoso with few equals, and an unusually expressive guitarist. He wasn’t the only one, of course. They say Toronto’s built on the blues, but all across Canada the blues, particularly jump-style and Chicago blues that used to blast across the border from radio stations in northern U.S., is a basic, shared language. Singer Chuck Jackson, tenor sax player Pat Carey, drummer Mike Fitzpatrick, bassist Gary Kendall, and pianist/organist Michael Fonfara – Walsh’s compadres in Downchild for the past decade and a half,and, he says, the “best musicians I’ve ever played with” – were soaking up the blues in their teenage years as well, in different parts of the country.

Their shared dedication has served them well. And with the release of their 16th album, I Need A Hat, October 6th, 2009, on the Canadian independent label Linus Entertainment, Donnie Walsh and his buddies are celebrating their collective longevity big time.

Yazhi Guo, received his Artistic Diploma from Berklee College of Music 2015, is widely known as “THE” best Suona player in Asia. He graduated from … END_OF_DOCUMENT_TOKEN_TO_BE_REPLACED