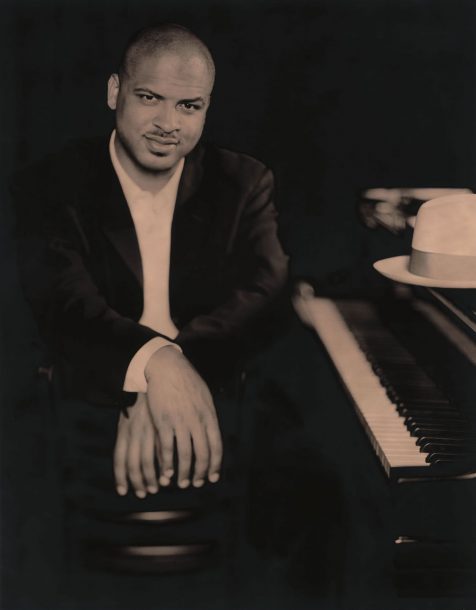 Ania Paz, pianist and composer, is known for her modern and driving sound, impregnated by a new fusion of Caribbean and Afro-Peruvian styles, within the Jazz language.

She was born in Lima, Peru, where she started studying music at the age of 4, and wrote her first composition at the age of 6. Her passion for music took her to different countries and musical cultures, studying classical music as well as jazz, first in Germany with Günther Herzfeld, and then in the United States, where she got her Masters Degree. She is currently established in the Dominican Republic.

As a composer she won, among others, the José Reyes symphonic composition prize of the Ministry of Culture in the Dominican Republic; the Festival Claro Song Competition in Lima, Peru; and the Jazz Composition Prize at Casa de Teatro in Santo Domingo.

She is the leader and founder of the Ania Paz Jazz Ensamble, a band which consists of the renowned musicians Virgilio Féliz Junior (bass), Félix Cabral (drums), and Juamy Fernández (percussion). With a unified vision as soloists and rhythm section, they persevere on the creation of a new sound in Contemporary Latin Jazz.

She produces the Ania Paz Jazz Series – a new way of feeling Jazz -, a multidisciplinary and unconventional initiative that offers jazz without boarders; embraces all of our multicultural legacy; stimulates the development of creative new trends; and inspires the community interactively through the artist´s values.

She produced and directed for the United Nations High Commissioner for Refugees and the European Union two multidisciplinary performances at the Teatro Nacional in Santo Domingo and at the Gran Teatro del Cibao in Santiago de los Caballeros, integrating artists of different musical genres and cultures, to carry a message of tolerance through art. She incorporated artistic expressions such as dance, poetry and literature, theatre and visual effects.

She participated with the Ania Paz Jazz Ensamble at two extraordinary concerts of the Embassy of Germany in Santo Domingo and the Goethe Institut in Mexico: Mujeres en el Jazz (Women in Jazz), with Angelika Niescier and her Sublim group, and Colores del Jazz (Colours of Jazz), with the Timo Vollbrecht New York Group.

As an educator, she created and directed the first Contemporary Latin Jazz course at the Iglobal University of Funglode in Santo Domingo; she reformed the curriculum at the Departamento Folclórico del Conservatorio Nacional de Música in Santo Domingo; she founded Jazzymas and created its curriculum; and she wrote several jazz and modern styles methods. She has taught and presented Master Classes at Universities and Music Institutions of Germany, the United States, Peru and the Dominican Republic.

As a researcher, she presented a conference about the development of African rhythms in different areas of America at the ALARA international convention -Afro-Latin and American Research Association-, receiving recognition for extraordinary support from the University of Missouri-Columbia. She was also a collaborator at the book ¨The music of Francis Poulenc¨, published by the Oxford University Press.

Yazhi Guo, received his Artistic Diploma from Berklee College of Music 2015, is widely known as “THE” best Suona player in Asia. He graduated from … END_OF_DOCUMENT_TOKEN_TO_BE_REPLACED