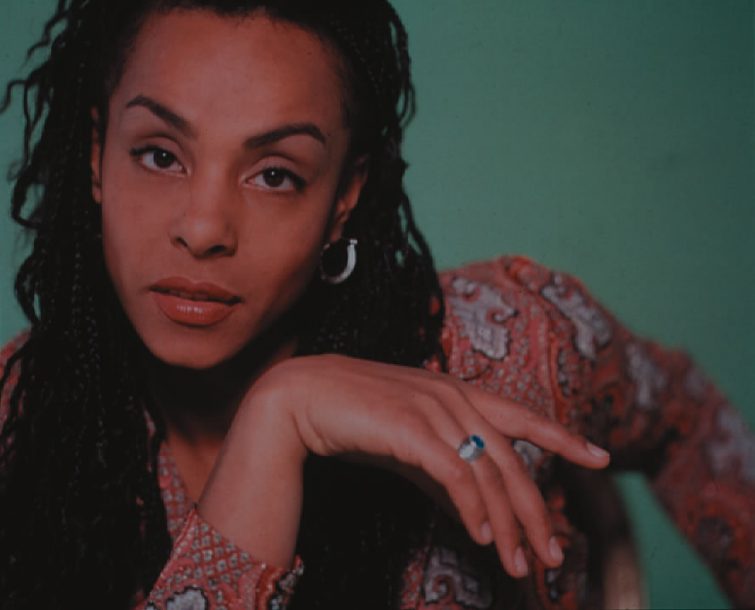 The zap stands for “zapping culture from the north and south.” The mama refers to the fact “I use the traditional sounds from mother earth.” So explains Marie Daulne, leader of the group Zap Mama.

Daulne is of dual heritage: her mother is from Zaire, her father, Belgium. Daulne began her musical career singing jazz in the cafes of Brussels. After venturing to Africa to explore her roots there, Marie created Zap Mama, an all-female a capella ensemble. Their first album, Adventures in Afropea I, featured a zapping of African pygmy music and modern urban beats. Daulne thinks she and the pygmies, who live in the bush, share a similar philosophy concerning music. “They take what they have around them at the moment…the emotion, the rhythm, and explain it with sounds. My forest is the town. It’s the plane, the telephone. That’s how I compose.”

Daulne appreciates the fresh dimension these elements bring to Zap Mama. “When you are only voice, it’s one kind of resonance. When you have another support, it’s not blue on blue, it’s blue on red. Like a bass and a drum. It’s another color, another sound in the harmonics.”

As for injecting men into the mix she says, “It’s completely for the technique. I want to open the spectra of the voices and the sounds. A woman’s voice can go very high. I want to touch the floor with the sounds of men. And there’s a sensuality between a male and female voice…we transport a lot of life.”