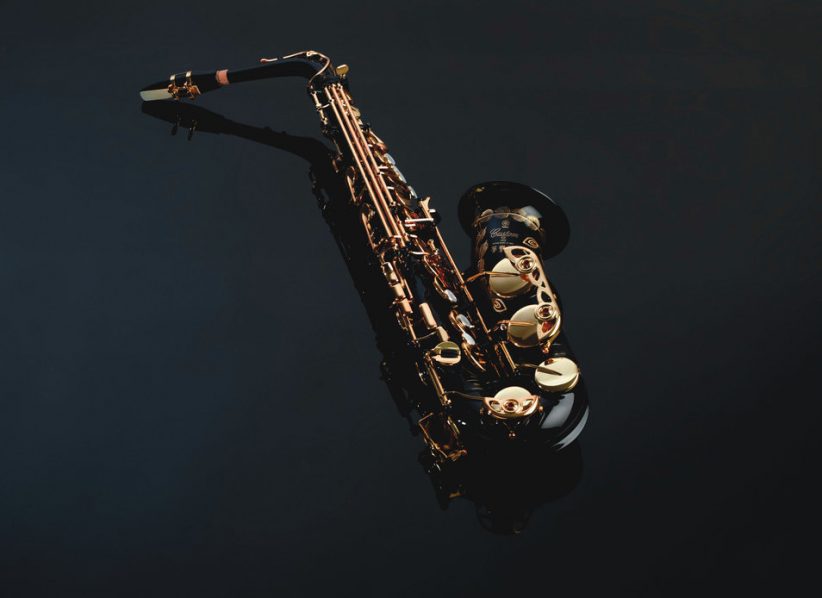 In the interest of full disclosure, I should confess: There’s never been a time in my musical life when I didn’t own at least one Yamaha saxophone. The first horn I could really call my own was a Vito alto, which was basically a Yamaha stencil (although I didn’t realize it at the time-I was only 10, and eBay had yet to be invented). When I needed a tenor in college, I played a Yamaha YTS-61. I eventually sold that and used the money to buy a soprano. My choice? You guessed it-a Yamaha. Recently, when I was in the market for a tenor, I bought a silver-plated Yamaha YTS-62. While I’ve played a lot of other horns, Yamahas have a special place in my heart.

Why Yamaha? Price point has something to do with it. Yamaha has long provided a lot of horn for the money. Yet, when I bought my soprano in the early ’90s, money was no object, and I bought a Yamaha YSS-675 anyway. I tried every horn out there at the time, new and vintage, including a mint Mark VI, and the Yamaha was the best horn I played, at any price … and I wasn’t even aware at the time that there was an even better Yamaha model, the YSS-875. Bottom line: Yamaha saxes hold their own against pretty much anything out there. That they give more bang for the buck is a much-appreciated fillip.

The subject of this review, the Yamaha YAS-82ZBP Custom alto saxophone (the “BP” a designation for Yamaha’s limited-run “Black Phoenix” series), has an MSRP of $5,099. That’s a healthy chunk of change by any measure, especially in today’s troubled economy. Yet compared with the cost of a Selmer or Keilwerth, it’s a great value, especially since the horn’s quality is on a par with those more expensive instruments.

The horn comes in an attractive, full-sized hard case, with a padded surface of leather-like fabric. It’s lighter than the old-style Yamaha cases, and comes with a shoulder strap that makes it somewhat handy to carry, though it’s not as comfortable as, say, a Protec hard gig bag.

The horn’s appearance is striking. The body and two-piece bell of annealed French brass are surfaced with a glossy black lacquer, which contrasts with yellow brass keys, posts and key guards. A peacock holding a tuning fork in its beak is engraved on the bell, along with the requisite Yamaha trademark and logos (one’s appreciation for the engraving might hinge on one’s affinity for large, prideful pheasants). The key buttons are mother of pearl, the tone holes are drawn, and the needle springs are made of blue steel. The waterproof leather pads feature plastic resonators. The horn comes standard with a high F-sharp key, although a version is available without it. Yamaha’s Custom G1 neck, its most open-bored, is standard equipment, although the company’s smaller-bored “M” series neck is optional.

I tested the horn over a period of several weeks, using a Runyon #7 mouthpiece (sans “Spoiler”). During that time I was able to compare and contrast it with both a Mark VI and an old Martin stencil alto. Like virtually all horns that I’ve ever tried right out of the box, the action was high, a factor that complicated and slowed the process of evaluation (maybe one of these days, a company will send me a horn to review that’s been properly set up by a technician). After a few hours of playing, however, its many fine qualities began to manifest.

The 82ZBP is free-blowing in all registers (thanks in no small part, I suspect, to the quite open G1 neck). The lower register speaks readily and profoundly. The middle and upper-register sound is a bit harsher than I expected-dark enough, but edgier than both the Mark VI and the Martin. The 82ZBP’s tone is less refined than either the Martin or the Selmer-more overtone-laden, less focused. That’s not to say its comparatively raucous temperament can’t be put to good use, but if one wants to use the 82ZBP as a classical horn, the Custom M1 neck might be the way to go. The horn seems much lighter than the Mark VI and, indeed, other Yamaha models I’ve played (YAS-61, YAS-875), which might cause it to play brighter as well.

The 82ZBP’s intonation is fine. No saxophone plays perfectly in tune, of course, but this one requires minimal seat-of-the-pants adjustment. The horn has that extremely tight, well-crafted feel typical of Yamahas. It does not surrender subtle effects of tone and phrasing as easily as the Selmer, but the difference is slight. The positions of the keys are natural; the horn feels good in the hands.

All told, the 82ZBP is a typical, and typically excellent, Yamaha saxophone. For the money, there’s no other horn I would recommend more highly. Price is far from being the best reason for buying this horn. The best reason? It’s a superb musical instrument.