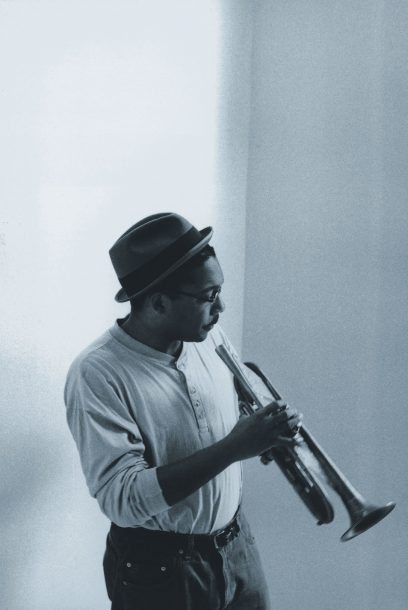 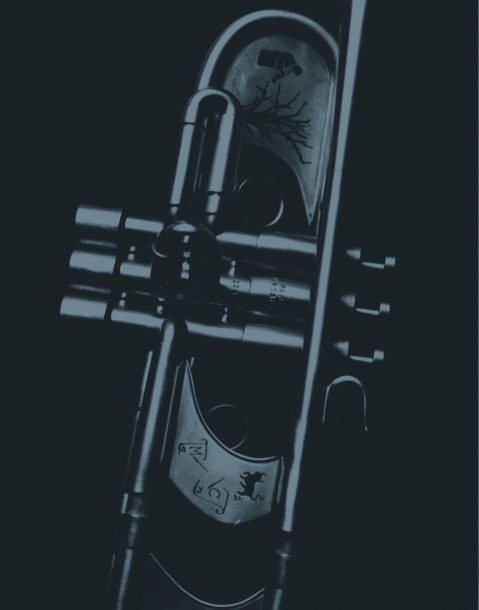 (In separate interviews, two of the music’s most intelligent iconoclasts, Wynton Marsalis and John Zorn, talk about the future of jazz.)

The most accomplished and acclaimed jazz musician of his generation, Wynton Marsalis is also as outspoken as he is prolific. Through his own force of personality, intelligence and achievement, he has steadfastly worked to bring jazz back to the center stage in American culture. And he promises, in the new millennium, to “keep the pressure on.”

Marsalis finished out the millennium with a flurry of creativity. Together with several important commissioned debuts and an international tour, he released an unprecedented eight albums on Columbia Jazz and Sony Classical. This extraordinary series, subtitled Swinging Into the 21st Century, spans a remarkable scope of original compositions and standards, from jazz to classical. From the rousing big band suite Big Train to the lush and melodic septet composition The Marciac Suite to tributes to jazz pioneers Thelonious Monk and Jellyroll Morton, from his Stravinsky-inspired A Fiddler’s Tale to his string quartet album At The Octoroon Balls, two ballets and a collection of music written for film, the series reflects Wynton’s work ethic and high standards.

Following on the heels of the Swinging Into the 21st Century series-the exclamation point at the end of a remarkably productive year-is a special seven-CD boxed set entitled Wynton Marsalis: Live at the Village Vanguard. Culled from performances with his septet at the New York jazz haven over a five-year period, it features Marsalis in top form as a bandleader and performer.

On the morning that I visited the talented trumpeter-composer in his Manhattan home-just a few steps away from Lincoln Center, where he serves as Artistic Director for the Jazz at Lincoln Center program he co-founded in 1987-he was typically outspoken, simultaneously audacious and charming. As in other interviews that I’ve done with Marsalis over the years, he struck me as a man on a mission with no time to waste, intensely focused on his own agenda and quickly dismissive of music that falls outside that realm. And he seemed hopeful about the direction of jazz in the next hundred years.

JazzTimes: What things do you see happening with jazz in the new millennium?

Marsalis: I think there’s going to be an end to the old style of jamming on the bandstand that was really initiated during Charlie Parker’s time. Historically, that was never a part of jazz music, not in the beginning. The music was always based around melody. Solos didn’t come into fashion until Louis Armstrong and didn’t become ingrained into jazz until the bebop thing came along. So I think that there will be more emphasis put on presentation and composition as opposed to just soloing, which is really a boring and predictable way of presenting music. I think the days of head-solo-solo-solo-head are over. I also think there will be a return to dance-oriented music, which has always been a part of the jazz tradition. We have a lot of bands in New York playing the dance halls now and there’s gonna be more. So I think that you’re going to see a lot of proliferation of the music on that level. But most importantly, I think we’ll see a return to adult conceptions of romance, which gives us much more latitude. Harry Connick did that on his last album. What he’s trying to do with the ballad form is very interesting to me. Here’s a guy who is already popular and could fall into the same format that he’s pigeonholed into, but every time I see him he’s working on some music. He’s using the vocabulary of American popular song, but he’s doing all kinds of ambitious things with the form and integrating instrumental material which is very interesting. I think it’s hip of him to make that kind of serious statement about music on his new album. He’s really saying, “I’m a musician.”

I also think in the new millennium we’re going to deal with what I call “total jazz,” which is a term Duke Ellington used. And to me that means jazz in every form that it can be played in. So if you have the very elite avant garde, which a lot of what they play I don’t consider to be jazz, it’s more improvised music… you’ll always have that, you had that before form. And a lot of people are mistaken by thinking that that’s an advance. That’s the first thing you have. If you have a group of kids in a room you’re not going to tell them to play on the form. It’d take you forever to teach them how to play the form. They have to babble first. And they’ll play all kinds of stuff, man, and find all kinda little ways to relate and they improvise. So you’ll always have that. That’s one aspect of music and that’s very, very elite, meaning that you’re not going to have a lot of people pay to hear that. It’s like a certain echelon of classical music like Boulez or somebody where they want to write a certain type of music. They know that people are not going to gravitate toward it but that’s what they wanna hear.

Philosophically, I think we’re going to see a retreat from the 20th century misconception that abstraction is always the way to develop material. Picasso told everybody that that wasn’t true and they didn’t hear it. Abstraction is one way to develop material, that’s all. And jazz music more than any other music has its foot in the camp of ritual. It has because of that aspect of it that is derived from African music is ritualistic music. That’s why they still have New Orleans parades and they still have the same feeling that they had. The musicians maybe don’t play as good now but the feeling of it with the people is exactly the same. It serves the same function. We got off track kind of imitating European critics and European music for a long time. But you’re going to see us get on track, because you can’t develop very, very long traditions when you’re dealing with abstraction. That will give only 30, 40, 50, maybe 60 years of development. Whereas, when you believe in rituals-like the Greeks were ritualists-then you have hundreds of years of development. Japanese are ritualists. Like, they’ll tear down a temple and rebuild it the exact same way so the thing that’s the oldest thing is also the newest. And we’re gonna see more of that, philosophically.