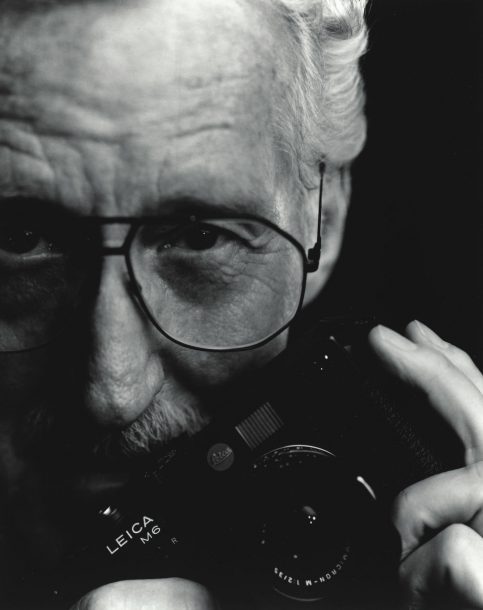 In 2008, we sadly lost one of the great recorders of the only true American musical art form-jazz. Bill Claxton worked primarily on the West Coast, and I worked primarily on the East Coast. Although we were separated by 3,000 miles, we were joined together by a mutual love for photography and jazz. If it had not been for Claxton’s devotion and artistry we would not today have a visual record of many of the great musicians in this field.

Bill’s unique quality, aside from his expertise in photography, was his ability to inspire total confidence and trust in his subjects. He established personal and intimate relationships not only with the jazz musicians, but with the many movie stars that he photographed, particularly Steve McQueen. Bill’s photographs have an intimacy and naturalness that make you feel you know a lot about the person by just looking at the image.

In my estimation, there are three photographers who recorded the history of modern jazz: William Gottlieb, who worked primarily in the late 1930s and early 1940s; William Claxton, who worked from the early 1950s to now and myself, who started in the mid-1940s. Between us, we visually recorded for eternity the modern jazz movement. Thankfully for future generations, our work hangs in many museums, including the Smithsonian Institution in Washington, D.C.

Bill Claxton was like a brother to me and his passing is a great loss for all of us.