Skip to content
Become a member and get exclusive access to articles, live sessions and more!
Start Your Free Trial
Home > JT Archives > Will Calhoun 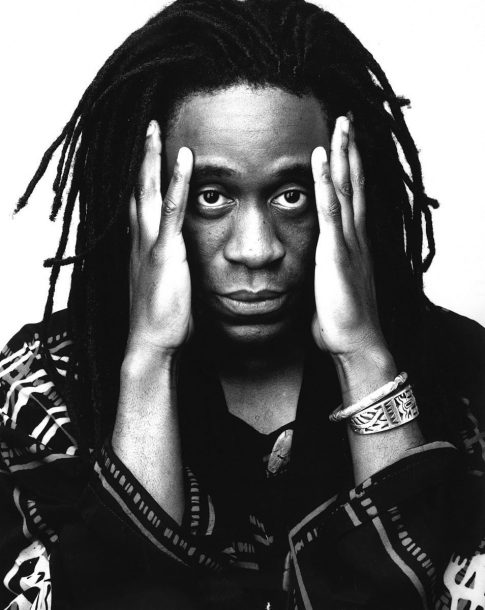 In 1993, Will Calhoun, Corey Glover, Vernon Reid, and Doug Wimbish-a.k.a. the genre-bucking rock-soul-funk band Living Colour-unleashed an album that bodyslammed societal ills with gut-check lyrics and sledgehammer musicianship. The ferocious recording was called Stain-if not the best rock album of the last decade, at least one of the most important.

That said, if you follow a listen of Stain with one of the Will Calhoun Quintet’s debut album, Live at the Blue Note (Half Note), your immediate reaction-barring heart palpitations and/or a desire to go mess with The Man-would undoubtedly be that the (since disbanded) Living Colour drummer had mellowed big-time over the last seven years. My advice: Listen again.

Live at the Blue Note blends the elements of laid-back, improv jazz with “a big, open Afrocentric vibe,” the Bronx-native (and still living there) Calhoun says. “I wanted to play jazz, but…make sort of a statement.”

Amid covers of Wayne Shorter’s “Fe-Fi-Fo-Fum” and Herbie Hancock’s “Dolphin Dance,” Calhoun reveals gorgeous, gap-bridging originals such as “Dawn of the Great Eastern Sun,” a mind-bending number-played on a distorted, delayed and wah-wahed electric wave drum-that was influenced by recent trips to Morocco and the Australian outback.

While Calhoun’s percussive presence dominates both the traditional and the avant-garde numbers, the skinman nevertheless gives featured alto-sax stalwart Bobby Watson plenty of opportunities to work the room. “Bobby was the first guy, the first jazz musician to allow me to play jazz, and I have a lot of respect for him,” Calhoun says. “Bobby’s an interesting cat. He’s not that old, but he is old school. I’m glad he was a little disturbed [by what I was doing], because I knew I was going in the right direction.”

Along with working on rapper Mos Def’s next project (“The Hendrix/Dylan/Marley of rap,” Calhoun says of the young star), the drummer is also looking to tour with his newfound quintet, then maybe book a little studio time. “This is a massive side of my musical personality,” Calhoun says, adding, “This piece of music has more of my personality that any album I’ve ever worked on.”