Skip to content
Become a member and get exclusive access to articles, live sessions and more!
Start Your Free Trial
Home > JT Archives > Will Bernard 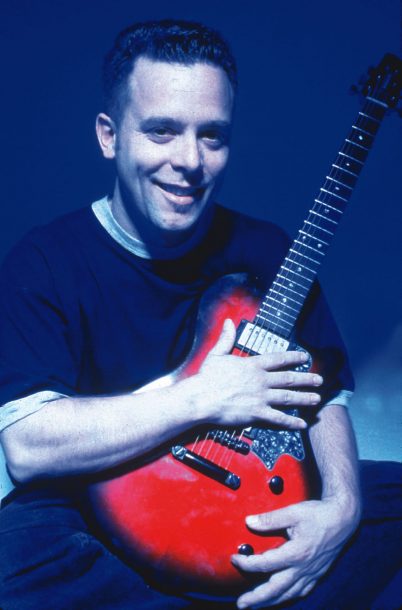 “The challenge is to put all my influences together in an organic package,” reports Bay Area guitarist Will Bernard, whose Antilles debut is entitled Medicine Hat.

Bernard played with Peter Apfelbaum’s Hieroglyphics Ensemble and Jai Uttal’s Pagan Love Orchestra, where he furthered his interest in Indian music. “It’s been a big influence on me and playing with Jai a long time, it’s seeped into my playing. That’s one of the reasons I took up slide guitar, so I could play some of the vocal inflections with my guitar. It really stretches your mind because you’ve got to get the musical inflections by limiting yourself to a specific scale.”

In addition to Zappa, Varese and Urban Soul (fat grooves abound on Medicine Hat), Bernard is an Ellington enthusiast: “I love the way he works with song forms, twists them around in different ways and his collaborations with Billy Strayhorn.”

Medicine Hat is “the culmination of a lot of years of playing and of finally having a band that can interpret my music. It all came together. I’m trying to bring in all my different influences and still make it groove, yet not create a ’70s groove record but trying to stretch it out in different directions, different moods.”

Growing up listening to the Beatles had an influence on Bernard as well: “They would go all over the map, stylistically…I’m not saying I want to be the Beatles, I just want to be myself, not be categorized as that acid jazz guy or lounge guy. I just want it to be our music. The people in the group, Scott Amendola on drums, Rob Burger on Hammond B-3 and John Shifflett on bass, it’s about them. I designed the music to have openness so everybody would be able to express themselves. It’s not just about arrangements that people play in a rote manner.”